A remarkable night in Teague’s Bar 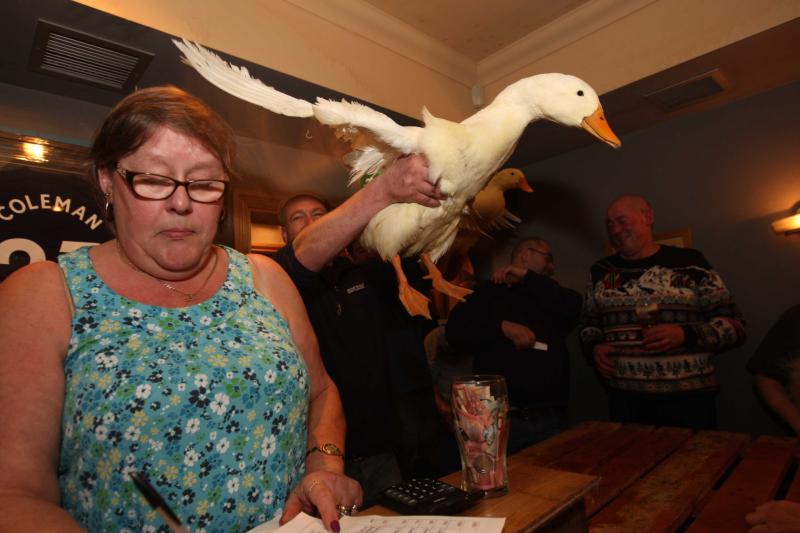 The 13th annual poor farmers charity auction in Adrara has raised over €27,000 for local charities.
The event has now raised over €300,000 since its conception.
The causes which will benefit from this year’s event, which was held last weekend in Teague’s Bar in Ardara, are the Ardara Cardiac First Responders and a local man who is suffering from serious illness in the US. A total of 185 lots of items were auctioned. Some of the items which were auctioned included four sheep, two ducks, sheepdog pups, a pig, paintings, a sledgehammer, a floodlight, a handmade cradle, a dozen eggs, food hampers, and a wheelbarrow full of gardening equipment.
The Ardara Poor Farmers Association committee member Cathy Boyd said the event, which took place on Saturday, December 29, had been a great success.
“It went brilliantly and we couldn't have had a better crowd, it was fantastic. It just works - we don't ask anyone for anything. They just ring in their droves with items to sell. We like to keep the causes local if we can. Over the years we have given money to the hospice, the local resource centre and to young men who have had car accidents and suffered serious injuries.”