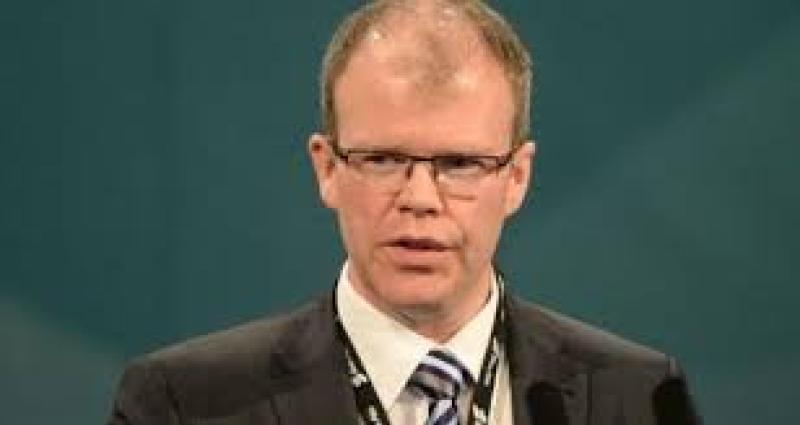 The new political party founded by former Sin Féin TD Peadar Tóibín will hold a public meeting in Donegal next week.
The Meath West TD resigned as a member of Sinn Féin in November. He had been suspended from the party for six months after voting against abortion legislation.
In a statement he said the All Ireland Movement would hold it's first public meeting in the Clanree Hotel in Letterkenny on January 8 at 7.30pm.
Mr Tóibín said the new party has had an avalanche of support in the first four weeks of its existence with 1,400 people signed up as members and eight elected representatives declared as members. He said it has 20 new cumann throughout the country and aims to have 100 Cumann before the end of February.
"Our party is a 32 county party that seeks to unite the people of Ireland north and south. We seek to crowbar Economic Justice to the top of the agenda despite a political establishment that is happier to talk about the culture wars.
"Ireland is turning into a city-state. Dublin is an outlier in European terms with regards the size of the population and economic activity in comparison to the rest of the country. Rudderless spatial development is empting rural Ireland west of the Bann, in the border region and the western seaboard. Demand must be met by infrastructure on the east coast for sure but new infrastructure must stimulate population growth on the west coast. Brave decisions must be made to build a small number of urban counterbalances on the west coast".

"All of the necessary economic and social supports must be provided to mothers and families to ensure that they know that they can raise their children in confidence. We need to be pro-life for the whole life. Shockingly in the Dáil FF, FG, SF and the Labour party are in lockstep in opposition to a range of simple humanitarian amendments such as pain relief for the unborn child and a ban on abortion on the basis of disability. FG TDs say that abortion survival is a ‘fairy story’. FF TDs state that abortion regret is ‘Makey Uppy’. People cannot tell the difference between Lisa Chambers, Ruth Coppinger or Louise O'Reilly anymore.

"People are seriously frustrated with the political establishment. They are angry with a political system that sees politicians continuously say one thing and do another, where politicians are more loyal to the political parties than the citizens that they serve, they are frustrated that so few will stand against the prevailing winds of the establishment. Respectful opposition is not the enemy. Indeed it is a critical part of functioning democracy. Indeed if you silence a large minority, you push them to the margins. If you push them to the margins they will vote for people on the margins too. This is what has happened in the US, Britain and now in France.  One of the engines of this political uniformity is the party system that punishes those who question the prevailing winds of the day and interprets blind conformity as loyalty."