Shock in Donegal village at death of young woman in incident 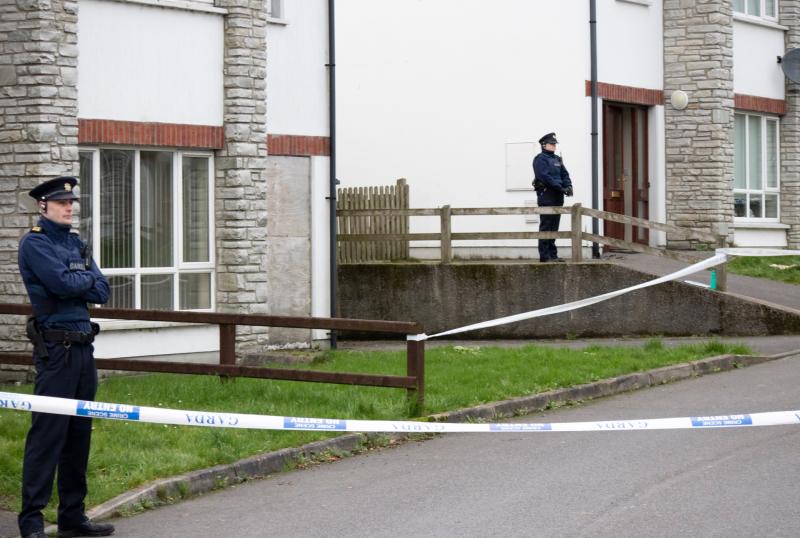 The scene at the house in Killygordon. Picture: North West Newspix

There is shock in the village of Killygordon and at the death of young woman in an overnight incident.
Gardaí have confirmed they investigating the circumstances of the death of a woman in her 20s.

A man in his 20s has been arrested and is being detained at Letterkenny Garda station.
The woman and the man are believed to be from Donegal.
Residents close to the house in Forest Park witnessed gardaí force entry into the house after 7am.
Gardaí called to the house initially before 5am.
The Garda Emergency Response Unit attended the scene and forced entry to the house.
Three ambulances attended the house and gardaí were seen taking children away.
At least one of the children is understood to be of school-going age.
Damian Scanlon, who was in his nearby house at the time, said he saw gardaí attempting to get into the house just before 5am.
“I happened to look out the window at 4.50am and the guards were banging on the door, trying to get in. The lights were on in the house,” he said
“The next thing a Garda van and transit van arrived and three ambulances arrived shortly afterwards. There was a lot of activity at the back of the house. They were there with torches and I could hear shouting. It was after that I saw the Emergency Response Unit with crash helmets and a riot shield. They went to the door and smashed the door in, and a whole gang of them went in.”
He said he saw a man being dragged from the house by gardaí.
“There was a fella dragged outside and they pinned him to the ground."
He then saw gardaí take children from the house.
“Then about 7.45 the whole place was cordoned off. I didn’t realise that the poor girl had been murdered. It is shocking to know that this can happen on your doorstep. I saw her walk down the street a few days ago with a pram. I found out that that’s who it is and it’s shocking. It's unbelievable.”
Local councillor Gary Doherty said there was shock in the area at the death.
"The whole community is in shock at the tragic news coming from Killygordon this morning.
My deepest condolences go out to the family and friends of the young woman who has sadly lost her life so prematurely."