IT OCCURS TO ME: Remembering 'The Irish Mussolini' 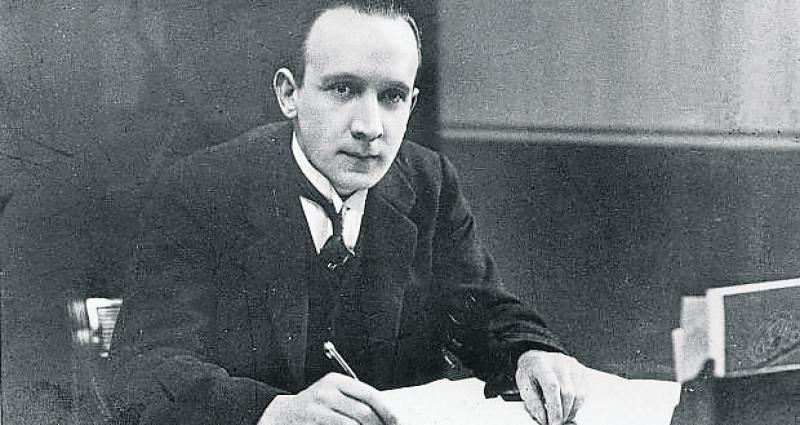 Kevin O’Higgins, a founding father of the Irish Free State

A few weeks before Christmas, I happened across a feature which detailed the execution of Republican prisoners, Rory O’Connor, Liam Mellows, Dick Barrett and Joe McKelvey in Mountjoy Jail on December 8, 1922 after the IRA had shot two deputies heading for the Dáil the previous day.

I was reminded of an interview I did some years ago with broadcaster Myles Dungan who had edited a book entitled “Speaking Ill of the Dead” in which historians were asked to choose a figure from Irish history (though not necessarily Irish born) for whom they had an aversion and I was particularly interested in Dr. Rosemary Cullen Owens and her essay on Kevin O’Higgins, a founding father of the Irish Free State, whose reputation has largely been overshadowed by fellow revolutionaries Michael Collins and Eamon de Valera.

O’Higgins was – and is – loathed as much as loved and was known as “The Irish Mussolini”. I subsequently read “Kevin O’Higgins: Builder of the Irish State” by Professor John P. McCarthy of Fordham University who wrote that “O’Higgins’ main achievement was the solidifying of public institutions … where the gun and disorder were still rampant.”

Reviewing McCarthy’s book, former Taoiseach John Bruton wrote: “O'Higgins faced down mutinies in both the Gardaí and the Army. He dissolved the Dáil Courts which were a parallel system that might easily have undermined the conventional courts.

"With WT Cosgrave, he put through a constitution which reconciled the local opponents of independence with the new State. He also understood the requirements of modern capitalism - property and the repayment of debt. Going against generations of populist opposition in Ireland to land 'grabbers', he defended the role of bailiffs."
O'Higgins said that without them there would be no ‘guaranteeing of the payment of debt, without which credit would collapse within the country and internationally’. Bruton says that it took courage to say that sort of thing in the Ireland of 1923.
O'Higgins reluctantly agreed to the decision to execute four Republican prisoners, including his own best-man, Rory O'Connor, to deter further assassinations of TDs following the murders of Sean Hales and Padraic O Maille.
This was condemned by the Archbishop of Dublin, Edward Byrne, who said that for one man to be punished for another's crime was ‘absolutely unjust’. It was argued that the policy worked. No further TDs were assassinated. But the homes of many of them were burned and O'Higgins's own father was later killed at home in front of his mother. It seems O'Higgins's mother could have identified his father's killer, but chose not to.
The fact that a dying O'Higgins forgave his own assassins in 1927 may have been a reflection of his mother's beliefs.
The high human price paid for the use of violence to achieve independence is shown by the fact that, when the Civil War ended in 1924, 10,000 people were in jail in the Free State.
In 1900, in contrast, only 300 people had been in prison in the whole country. Like the rest of his colleagues, O'Higgins did not pay enough attention to the duties and powers of the Boundary Commission, which the pro-Treaty side naively believed would recommend such a reduction in the territory of Northern Ireland as to render it unviable. He rejected the outcome, even though it would have added a net 134,000 acres to the Free State.
O'Higgins later tried hard to come up with ideas that might make reunification attractive to Unionists. Unlike most of his generation he saw the consent of the majority in Northern Ireland as essential to any viable project for a united Ireland.
O’Higgins was a hate figure for Republicans after the executions but according to McCarthy: “He did this to secure the welfare and safety of the Irish people. I am sure it was a thing that plagued him for the rest of his life.”
The capital punishments were meant to ensure that no further assassinations would take place, but “they went against the basis of democratic thought,” and were condemned by the Archbishop of Dublin. “On July 10, 1927, he was wounded by three gunmen on his way to Mass and died later in his home,” writes McCarthy.
O’Higgins’ death would be seen as a blood sacrifice that guaranteed Ireland to become democratic.”
Before his assassination, O’Higgins struggled with his fellow “conservative revolutionaries” to unify the country. “O’Higgins shared a prevailing nationalistic optimism for the unification of the island. He understood that the unification … would only come with agreement from both parts. … His was the creative type of thinking … that characterised the 1998 Good Friday agreement.”
“The reform of intoxicating liquor legislation was another important issue for O’Higgins,” adds McCarthy.

An Garda Siochana
His founding of an unarmed police force – An Garda Siochana – was one of his major and lasting achievements. “Had O’Higgins survived … I think you would have developed a better context and rapport” between Northern Ireland and the Irish Republic. McCarthy writes: “His leadership would have moved the way of thinking to a more reasonable way. Things would have moved much faster.”

Dr. Rosemary Cullen Owens wrote that women had been granted the right to sit on juries in 1919 but O'Higgins single-handedly wiped out this right by declaring most women were too "sensitive" for criminal cases. He also thought a woman's "natural function" was to bear children and take care of the home.
Of the late Minister for Justice, she writes: "He said the number of women who desired to serve on juries was very small and in practice the insertion of a woman's name on the jury book led to nothing but trouble."
Indeed, after his murder, Hannah Sheehy Skeffington felt no regret saying he had no kindly personal traits but rather a “Mussolini in miniature, ruthless, unrelenting, arid, reactionary and self-righteous.”