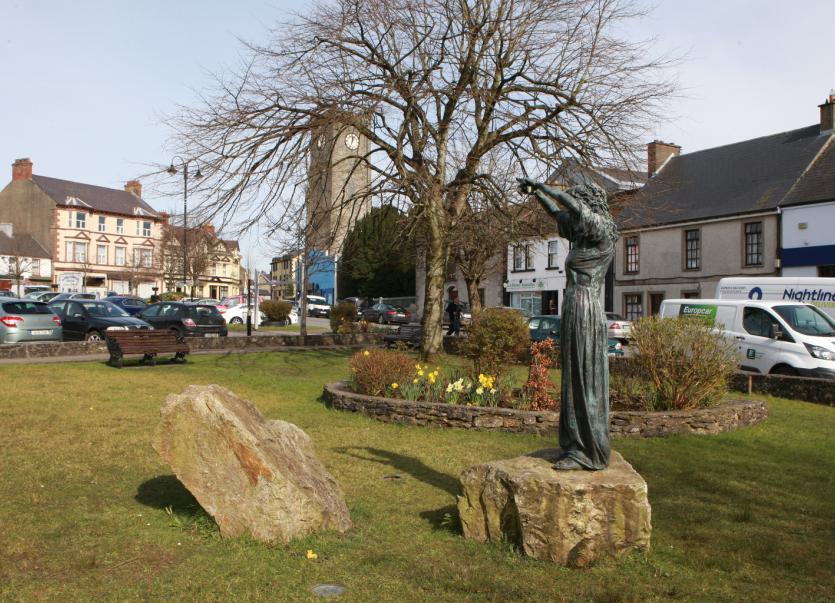 A generous gift of €100,000 from the Hugo Charitable Trust has been given to a fund set up to assist with Raphoe’s status as a Heritage Town of Donegal.

The donation will be spent in consultation with local businesses, tourism stakeholders and community groups.  It’s hoped the gift will kick start projects that can help turn Raphoe into Donegal’s flagship Heritage Town and attract tourists into the area.

“Hugh was born in Raphoe and had a great love for both Ireland and New Zealand. Growing up in Ireland and growing up poor gave him a strong work ethic and other values and life skills that set him on his way. Hugh was then grateful that he found opportunities in New Zealand that gave him the wealth to be able to give back and give others a hand up”, said Maryanne Green. “Hugo, by the way, was the name Hugh used on his travel documents when he left Ireland at the age of 17”, said Maryanne.

The Hugo Charitable Trust has a broad range of charitable purposes, with a focus on education, social assistance programmes, and medical research. In its first year, the Trust’s donations totalled just over $3 million given to over 70 great New Zealand charities and causes.

To give the Hugo Trustees a feel for what inspired Hugh and contributed to his drive and passion to get things done, the Hugo team travelled to Ireland from New Zealand last summer and visited Raphoe.

They were met by representatives of Raphoe Community in Action at the Volt House Resource Centre and visited the former Green Family home, the Central Hotel.  The 27-strong group that included Maryanne, the chairman, Mark Owens, and members of the Green family including Hugh’s brother John, who was also born and raised in Raphoe, were taken on a guided tour of the village and Oakfield Park. They visited the three main churches in the town and took part in a candle light service in St Eunan’s Catholic Church in Hugh’s memory.

Speaking during the visit Maryanne Green, said it was an emotional day, filled with memories of her late father and his many visits to Raphoe. “He loved Donegal but he had a special fondness for Raphoe, he just loved to meet the cattle dealers at the mart and drop in to see his many friends for a chat and a cup of tea. That was his perfect holiday above anywhere else in the world that he visited.”

Maryanne said: “We are keen to help with some Raphoe projects and give something back essentially from my father.  There is a sense of old world charm here that could be enhanced to help attract visitors.

"Raphoe has so much history too, with the Beltany Stone Circle, the Castle and St. Eunan’s Cathedral waiting to be explored. Tourism is a rapidly growing industry with social media reaching everywhere in the world we felt that a good start is to tap into the tourism potential. Upwards of 100,000 visitors every year go to Oakfield Park in Raphoe which is evidence of the potential to attract tourism revenue.”

The chairman of the Hugo Charitable Trust, Mark Owens added that Raphoe’s image as an old Market Town with its Fair Day in the Diamond and the 19th century architecture gave it an edge that other towns no longer had.  “I’m from New Zealand and I love the sense of history and charm that Raphoe exudes.”

The Fair Day in Raphoe which ended in the 1960s was where Hugh Green in his own words "earned his first shilling and learned how to be a good judge of character."  These were the foundation stones to his hugely successful business career, turning the Hugh Green Group into one of the largest contracting and property companies in New Zealand.

The first project to be sponsored by the Hugo Charitable Trust was last month’s Christmas Lights Event when the trees in the Diamond were lit up in memory of the 41 soldiers from Raphoe who died in WWI.  Many of the trees in the Diamond were planted in honour of the soldiers shortly after the war ended in 1918. Other projects will be rolled out over the coming months with a view to turning Raphoe into the flagship Heritage Town of Donegal.