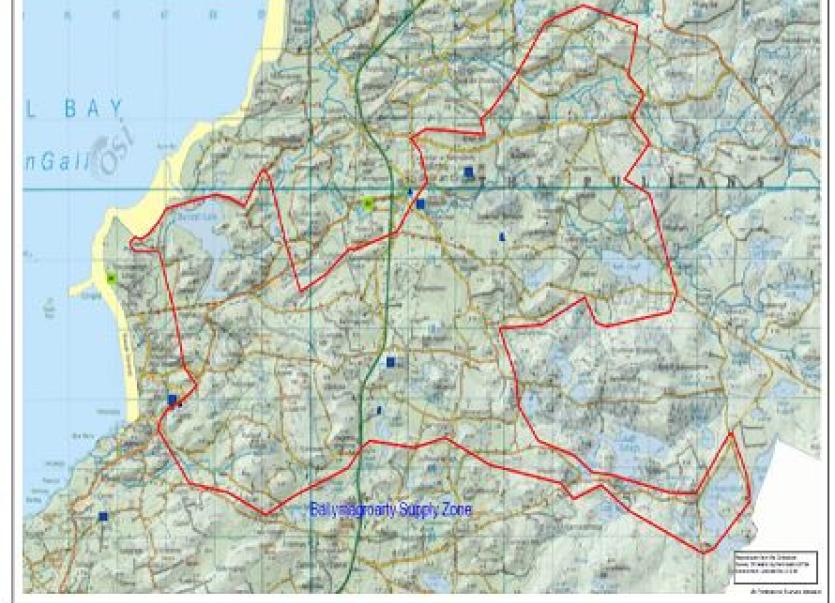 A boil water notice has been issued to users of a water supply scheme in south Donegal which is contaminated with cryptosporidium.
Donegal County Council issued the notice on Friday for the water supply scheme formerly known as the Ballymagroarty Group Water Supply Scheme, meaning users must boil water before use.
The council said that following advice from the Health Service Executive, it has issued a boil water notice to protect the health of consumers.
The notice applies to consumers on the water supply scheme formerly known as Ballymagroarty Group Water Scheme, the Rath/Lisminton Group Water Scheme, the Carricknahorna Group Water Scheme and the Lurgan Group Water Scheme.
Cryptosporidium is a microscopic parasite that is found mainly in the faeces of infected humans or animals. Humans are infected when they swallow contaminated water or food, or touch contaminated objects and then touch their mouths before washing their hands well.
Consumers of the schemes are advised that water must be boiled for drinking, drinks made with water, preparation of salads and similar foods, which are not cooked prior to eating, rushing of teeth, making of ice.
Users are also advised to discard ice cubes in fridges and freezers and filtered water in fridges and to make ice from cooled boiled water.
Water can be used for personal hygiene, bathing and flushing of toilets but not for brushing teeth or gargling.
The council said domestic water filters will not render water safe to drink and caution should be taken when bathing children to ensure that they do not swallow the bathing water.
Infant feeds with water that has been brought to the boil once and cooled. Do not use water that has been re-boiled several times.
If bottled water is used for the preparation of infant feeds it should be boiled once and cooled. If using bottled water for preparing baby food, be aware that some natural mineral water may have high sodium content, the council said.
The council advises that the legal limit for sodium in drinking water is 200mg per litre and labels on the bottled water should be checked to make sure the sodium or `Na' is not greater than 200mg per litre.
If it is, then it is advisable to use a different type of bottled water. If no other water is available, then use this water for as short a time as possible. It is important to keep babies hydrated.
Anyone suffering from diarrhoea for more than two days should contact their general practitioner and provide a stool sample for testing. They should continue to drink plenty of boiled or bottled water.
The council added that great care should be taken with boiled water to avoid burns and scalds as accidents can easily happen, especially with children.