Funerals of road crash victims to take place on Thursday 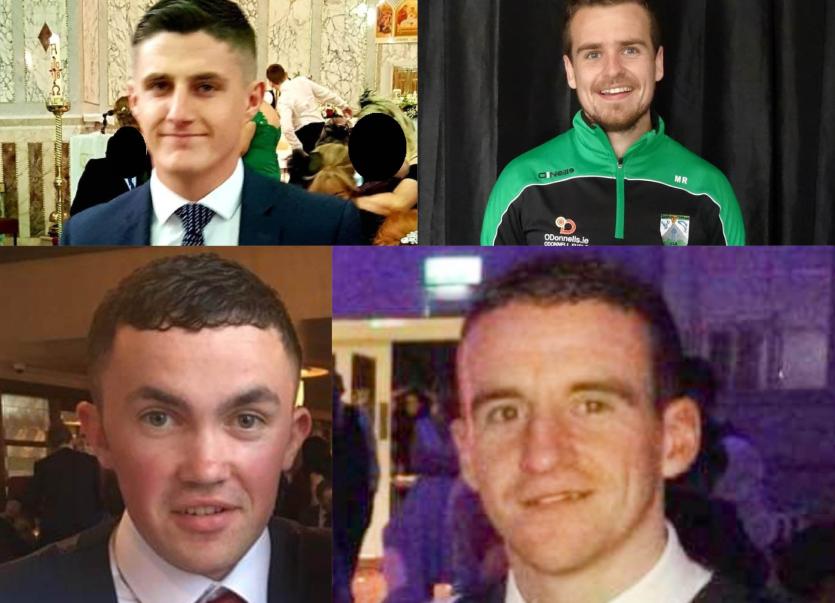 Funeral arrangements have been confirmed for all four young men who lost their lives in a road traffic collision on Sunday night.

All four young men were exceptionally popular. They were an integral part of their communities and will be very-much missed by all those who knew and loved them. Small communities across west Donegal, from Falcarragh to the Rosses, are reeling since news of the tragedy broke on Sunday night.

The Funeral Mass of the late John Harley will take place at St. Finian's Church, Falcarragh at 1pm. His remains will repose at his late home in Carrowcannon from 11am on Tuesday. The Rosary will be held at 9pm on both Tuesday and Wednesday nights with family time from after the rosary until 10am.

The Funeral Mass of the late Daniel Scott, Bedlem, Gortahork will take place at Christ the King Church on Thursday at 2.30pm.

His remains will repose at his home in Gortahork from 5pm on Tuesday. Rosary both nights at 10pm. House private after rosary until 10am.

The Funeral Mass of  Mícheál Roarty, Dunlewey, Gaoth Dobhair will take place in the Sacred Heart Church, Dunlewey on Thursday morning at 11.30am.

His remains will repose at his home from 12 noon on Tuesday. Rosary both nights at 9pm. House private after rosary until 10am.

The Funeral Mass of Shaun Harkin, Killult, Falcarragh will take place in Christ the King Church, Gortahork at 10am on Thursday.

Removal from the Eternal Light Chapel of Rest, Mountain Top, Letterkenny on Tuesday at 1pm going to his parents' residence.

Rosary both nights at 9pm. House private after rosary until 10am and on the morning of the funeral.