Donegal native Garda Cathal (Charlie) Dunlevy is 'out of the blue' 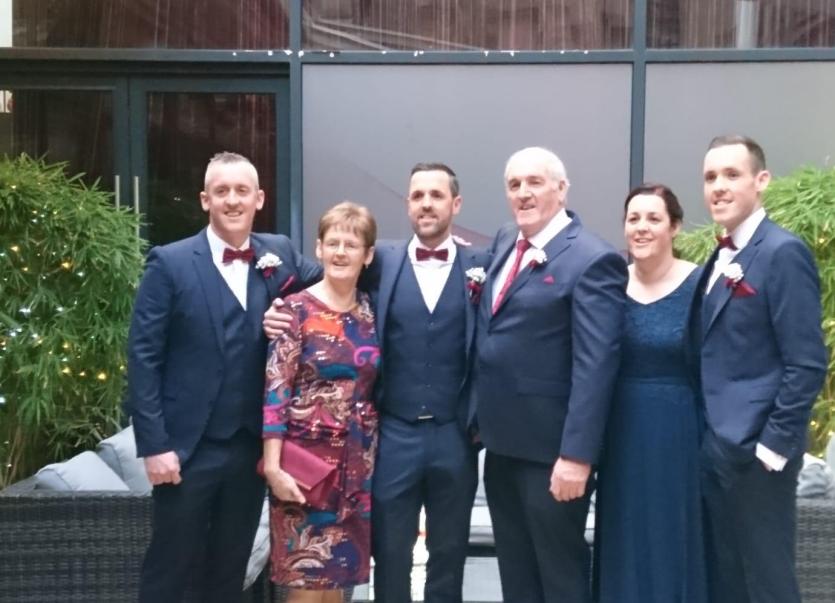 Cathal Dunlevy, better known as Charlie, pictured with his wife Eileen and their family

Out of the blue . . . into the blue! That could be an appropriate mantra for retired Garda Cathal Dunlevy, who left his beloved Bluestacks in 1973 to begin a 36-year stint in the blue of An Garda Siochana, the bulk of it in Mullingar.
He was born in a family of 12, five brothers and six sisters, to the late Michael Dunlevy and Winnie (Breslin) in Drimarone.
“There was nothing much in Drimarone in the 1960s. Frank, visas to Australia only cost £10 at the time so myself and my brother decided to apply.
“It didn’t work out but I was encouraged by Sergeant Duke in Mountcharles to try the guards so I had a medical in July 1972. I got the bus up but my father arranged a lift back with Patsy Kerrigan who drove for McGinty’s Fruit.
“We went all over the country but I remember landing in Mullingar on the way home through Sligo around 9pm and thinking...this looks like a good town.”
Little did Cathal know that the following year he would be sent there from Templemore and bar a few border stints, stayed until his retirement ten years ago.
He remembers his first night in Mullingar vividly: “There was an infamous wedding and all hell broke loose afterwards. A right melee! There was me, from quiet Drimarone, in the thick of it.”
Charlie, as he is known locally, is a big man still, with hands like proverbial shovels. When he grips mine in the Greville Arms, I imagine that, ‘quiet Drimarone’ aside, a baptism of fire on his first night of duty wouldn’t have bothered him.
Appropriately, handball was his first love, and he continued playing for many years. “I loved handball, and as regards football, I played in the Garda Championship but we never made it to an All-Ireland. The opposition was very strong...in Laois Offaly Division alone, there were ten All-Ireland winners, including Matt Connor and John Egan.”
With former Donegal great Fionn Gallagher, about whom I wrote here last year, he was one of the organisers who brought the 1992 Donegal team to Mullingar in 1993.
“I’ll never forget going to the Cavan Donegal drawn game in 1992 with my friend, a Cavan man, Owen Heslin. After the match, Owen says...neither of those teams will win an All-Ireland!”
His wife Eileen is one of the well known Frosses family, the Kellys. They have three boys and one girl, and although Kevin once expressed an interest in becoming a garda, he qualified as an electrician, and is now the co-owner of one of Mullingar’s trendiest bars, The Chambers, just up from the Courthouse.
Charlie laughs: “He married a garda so he’s keeping it in the family!”
Charlie, like Eileen, loves Mullingar. “I have to say it’s been very good to us. The people are lovely and sure our family are here now.
“Of course the Bluestacks are a big draw but I was never sick in my 36 years in the force...so I was very happy here. It’s a town of blow-ins, Army, guards, teachers...so we all have something in common.”
I ask him if he knew Joe Dolan. “I did indeed...Joe was a great character and performer.
“Eileen loved him and sure there are still pilgrimages to his statue in the Square and his grave in Walshestown.”

Country music is a big love for both of them, particularly jiving. “We’ve danced all over the country...Cavan, Leitrim, Galway, Mayo, Meath…it’s a great pastime.”
His other one is turf. “Ah sure I was reared in the bog. I just love the feel of it still and the Midlands have great bogs.”
He also takes seed potatoes from Donegal to Westmeath and right enough, when I enquired locally about good quality spuds, I was told: “Charlie’s your man!”
Sipping a coffee in the Greville Arms, he encounters many well wishers coming through the busy and historic hotel. Charlie was very ‘well got’ as a guard here and it shows in the warmth and affection shown from townspeople.
He introduces me to well known photographer John McCauley who does tremendous charity work for orphanages in Tanzania. “I went with John to Tanzania a few years ago, and it was an incredibly humbling experience.”
Like father, like son...three months before the devastating earthquake destroyed most of the capital Port au Prince, a colleague of Charlie’s, Garda Toinette Kerins travelled to Haiti as a volunteer with the Haven charity.
Kevin Dunlevy, with his electrical expertise, had heard of the work being done by Haven building homes for people living in terrible poverty and travelled with Toinette and a few carpenter friends.
When he was stationed for a short period in Castleblayney during the Troubles, he loved going to Big Tom’s famous pub, The Old Log Cabin. In the year Charlie Dunlevy retired, Big Tom recorded ‘The Sunset Years of Life’. I imagine Charlie and Eileen dancing to it and singing this chorus:
‘Yes, they're living in the sunset years of life.
‘Heaven blessed them through the years as man and wife
‘Not one moment of regret, and there's lots to live for yet
‘Yes, they're living in the sunset years of life.’ 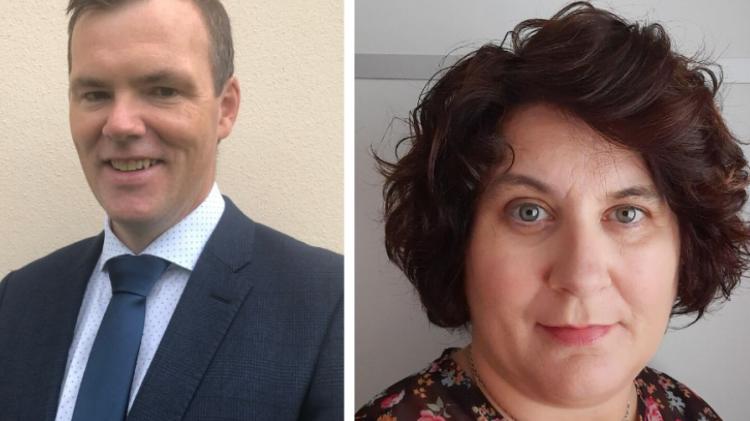