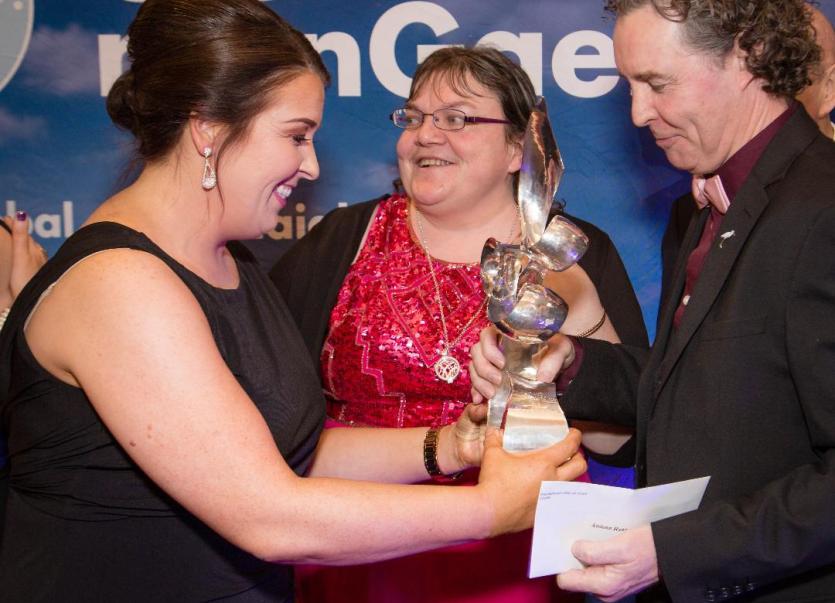 Áislann Rann na Feirste in Donegal took this year’s top award along with a cheque for €20,000. A prize fund totaling €80,000 was awarded to Irish Language community groups and 3rd level societies in recognition of their achievements in Language promotion and revival.
Coiste Forbartha Chnoc Fola received the Duais Chomhairle Chontae Dhún na nGall award with €1,500 and the New Entry Award, €1,500.
A Special Recognition Award was presented to Ionad Naomh Pádraig, and Líonra Leitir Ceanainn was bestowed the Ulster Voluntary Group Award and a cheque for €1,500.
Pat Carey asked the guests at the ceremony to stand for a minute's silence in memory of the four young men from the Donegal Gaeltacht who were tragically killed in a recent road traffic collision.
His thoughts went out to the bereaved families and friends.