“Momentous day” as pay and display charges abolished in Ballyshannon 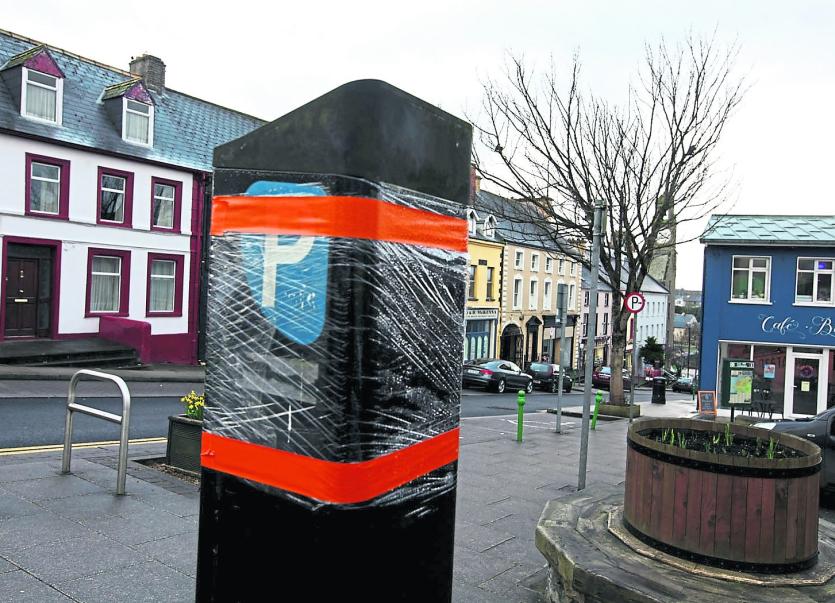 Pay and display charges in Ballyshannon have been abolished following a long-running campaign by local businesses and councillors.
A public consultation on the issue closed last month without any submissions being received following a council motion to amend the bylaws.
Cllr Seamus Maguire, who was making his first appearance as a councillor, said he was concerned that the loss of parking charges is going to take “€6,000 out of the pot”.
“And that is going to affect Donegal town and Ballybofey and I would raise caution about that,” he said.
“Is removing it really going to help businesses, removing the pay and display.”
Cllr Barry O'Neill (FG) said it was a momentous day for Ballyshannon with the parking charges being abolished.
He added that it is “absolutely bonkers” to say the €6,000 would have been a loss.
He said there was no business case for parking charges in Ballyshannon as the income from the charges was €6,000 a year but the costs to the council were €35,000.
While there used to be more income before the bypass, for the last seven or eight years no one wanted the parking charge in Ballyshannon, he said.
“From the consultations that I have had with the business chamber and the local people, it is universal.”
He said towns of a similarly like Dungloe have an Aldi, a Lidl and a SuperValu and never had car parking charges.
“No doubt about it - everyone in Ballyshannon will be happy with it,” he said.
A motion calling for the abolition of the changes went back five years, he added.
He said there is a resilient group of business people who are working hard as a community.
“They are the people who asked for car parking charges to be scrapped. The working people in Ballyshannon.”