Another Donegal player to appear on show next weekend 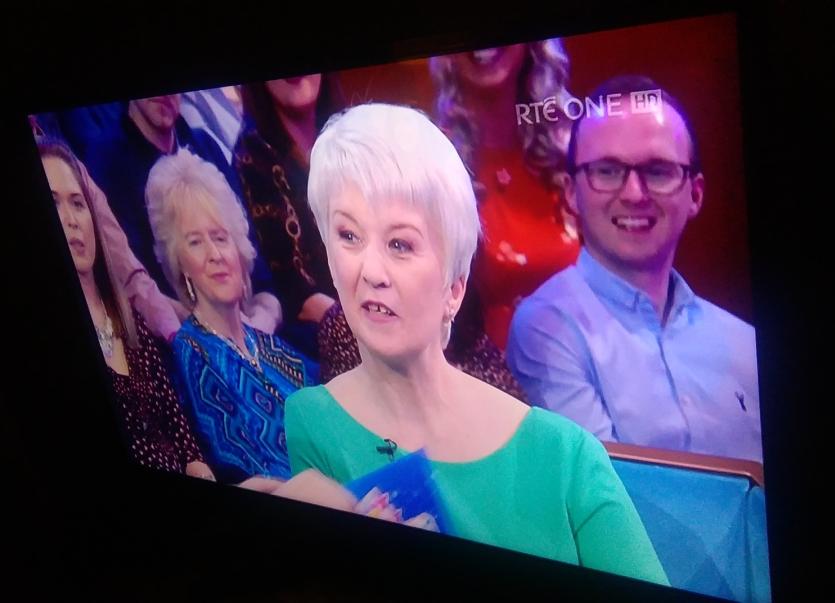 Lotto luck was shining on Donegal once again on Saturday night when a Letterkenny woman appeared on the National Lottery Winning Streak TV game show.

Teresa Shiels was one of the five players on the RTE One show and she scooped a cool €28,000.

Teresa’s appearance on the show came just a week after Gerard Muldoon from Killygordon scooped €20,000 in cash on the same programme. He also won  an electric car worth €25,000 bringing his winnings to the value of €45,000.

And amazingly, a third Donegal ticket holder will appear on next weekend’s show. Pauric Collum, Tullynavin, Redcastle was among the five players selected to appear on the programme next Saturday night.

Teresa Shiels was joined in studio by family and friends who had made the trip up to Dublin. They included her husband Charlie and their children John and Lisa while Teresa had a big hello for her young grand-daughter Leah.

She also gave a special mention to her work colleagues at the Ballyraine Park Health Centre where she works as a receptionist and mentioned her many friends in Glencar and Hawthorn Heights in Letterkenny.