Two Threads To A Landscape or Dhá Shnáithín den Tírdhreach 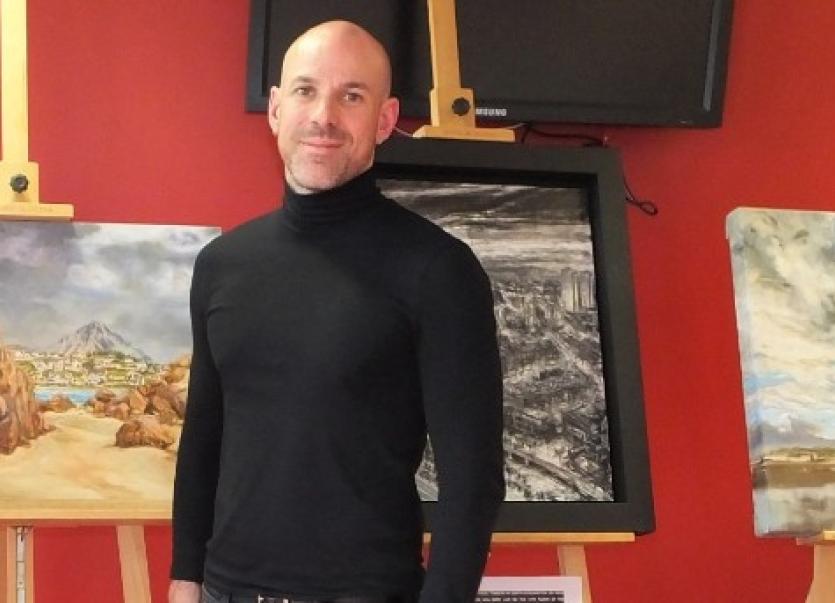 A wonderful new exhibition is opening in Aislann Ghaoth Dobhair this Friday.
Two well-known and respected artists Karol MacGairbheith and Peadar McDaid have collaborated on the exhibition which is called Two Threads To A Landscape or Dhá Shnáithín den Tírdhreach.
Karol spent many years in London on his return to his native Gaoth Dobhair he began to paint and found that he enjoyed it. His talent was immediately apparent.

Karol who is on the most part self-taught, credits Peadar McDaid, who is the Art Studio Director at ‘Create-a-link, as his mentor.
In 2018, Peadar McDaid was announced as winner of the Derek Hill Foundation Prize at the Glebe Gallery and House Easter Art competition. Peadar has taught art for many decades and is well known across the region as an artist.
Peadar is also instrumental in raising awareness of mental health and raising money for charity. It is certain that an exhibition by both these men is one that should not be missed by anyone who enjoys art.

A bus may be running from the Regional Cultural Centre in Letterkenny to Gaoth Dobhair for the opening. People must reserve the bus by messaging Karol or Peadar on their respective social media platforms.

The exhibition runs until April 19.