Manus Boyle recalls the heyday of the Foresters Hall in Killybegs 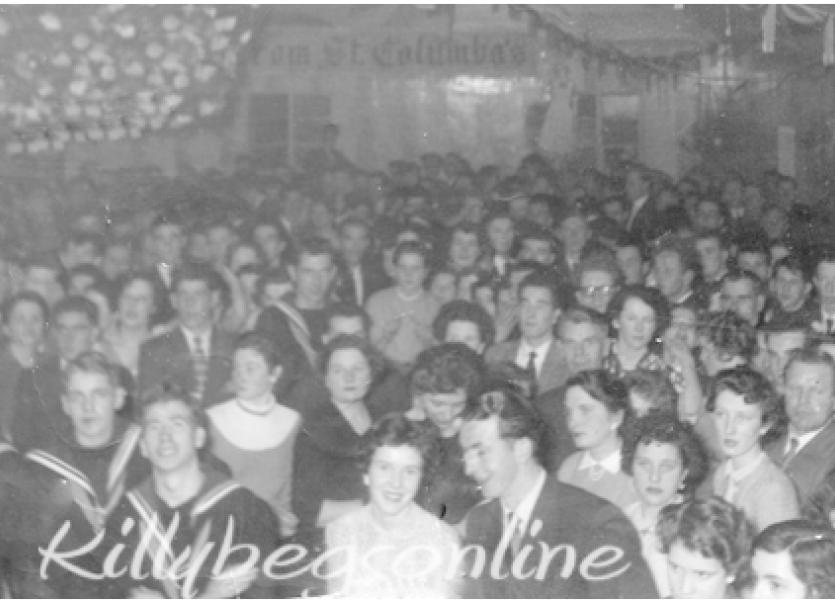 The Fisherman’s Dance at the Foresters Hall was a big annual event in Killybegs PICTURE: KILLYBEGS ONLINE

Anyone who grew up in Ireland between the late 1950’s and the late 1970’s attended the many dancehalls in their locality. It was the era of the big showbands and the Foresters Hall, Killybegs, became a must for all revellers of the time, because it attracted all the top bands.
The Fishermen’s Dance was held annually on the Friday night before Christmas, as the boats tied up for the Christmas Holidays after a busy winter’s fishing. It was always a big night’s dancing with the hall packed to capacity. Married couples of the time even attended this dance, and made it their Christmas Party night out although it was a dry hall and no alcohol was served, just tea and minerals.
The Playboys were a popular group in the latter years, but other big bands entertained including a young 16-year-old Margo O'Donell taking to the stage.
People might remember that it was never too cold because of lack of heat, it was too hot as dancers fought for position on the crowded floor, with the strange mixture of sweet perfume and sweat filling the air.
The Fisherman’s Dance was famous for the rivalry between fishing crews from the different fishing communities, from the Rosses to Cork and in-between. There would be numerous skirmishes breaking out throughout the night. This in turn led to many parents preventing their young daughters from attending this dance.
However, this dance lives on in memory as being the highlight of the dancing season, with many people still reminiscing on the events of these wonderful nights.
The Foresters Hall fundraising committee are revisiting this era, and hosting a Fisherman’s Dance on St Patrick’s Weekend, on Friday, March 15. Music will be from the big band sound of Mary B and Paul Gallagher. Full bar facilities are available. Admission is €10 with many spot prizes available during the dancing.

A great night’s entertainment is guaranteed and it would be lovely to see everyone, including all our old fishing buddies from all around the coast, to come and enjoy the night.
The Foresters Hall has been a centre of entertainment and gatherings for well over 100 years. The showband era and dances were the highlight of the 50s, 60s and 70s. Fishermen landing in Killybegs generally found their way up the hill to the Hall. Dances were held on Friday and Sunday nights.
Tommy Blaine was the manager of the hall at the time and he was the man everyone met as they entered the hall, and he had a team of bouncers nearby to help keep the peace.
He also had a team of ladies running the tea rooms, mineral bar and cloak rooms. Maggie McIntrye and Nana McNulty
Maggie McIntyre was in the Kitchen and Tea-room and she had a kindly word for everyone. Along with her sister, Sarah, they ensured that there plenty of teas, sandwiches and cakes for the patrons.

Mrs Annie Carrabin spent many happy years in the cloak room of the Foresters - always giving her own unique advice to the ladies.

A very active Foresters committee and their wives at a convention in Fintra House in the 70’s.
This Committee comprising of Tommy Mullen, Tommy Blaine, Tommy Kenny, Brendan Murin, John James McCloskey and Frankie McMenamin were always on hand to ensure the smooth running of the dances. And very often, especially on busy nights like the Fisherman’s Dance, their wives would be called in to help with the catering as well.