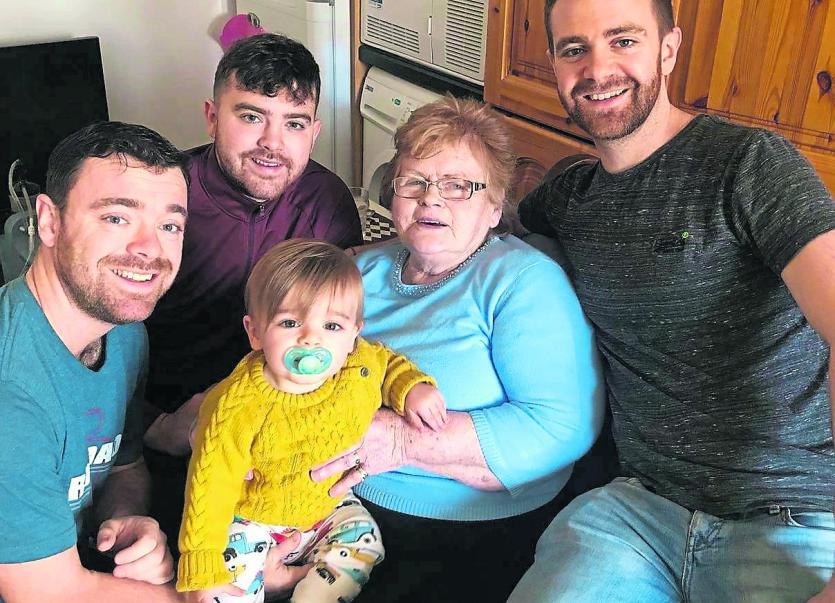 Pádraig McFadden pictured with his family

A young Cnoc Fola man will swim from Tory Island to Magheraroarty in an effort to raise both awareness and funds for an illness that his grandmother had.
The son of Pete and Maeve McFadden, Pádraig A McFadden is to undertake the sponsored swim from Tory Island to Magheraroarty to raise funds in aid of the Irish Lung Fibrosis Association (ILFA).
The swim which will take place this summer is nine miles long.
Pádraig's grandmother, Sadie Rua, was a very well known and respected woman in the Cnoc Fola and Gaoth Dobhair area and she passed away in November from idiopathic pulmonary fibrosis.
Pádraig believes that very little is known about this disease.
Pádraig said he was shocked to learn the number of people who have this condition and yet that very little is known about it.
He added that he would like to raise more awareness and to give something back to help with research the condition more extensively.
He said he was inspired by the work of the Irish Lung Fibrosis Association and wanted to support them.
His swim is due to take place in June or July and he has garnered huge support from friends and family on social media who are lending their heartfelt support.
Good-hearted Pádraig hopes to raise €2,000 and anyone wishing to donate can log onto Pádraig’s Facebook page to learn more or go to give.everydayhero.com.