Families and hospital a priority 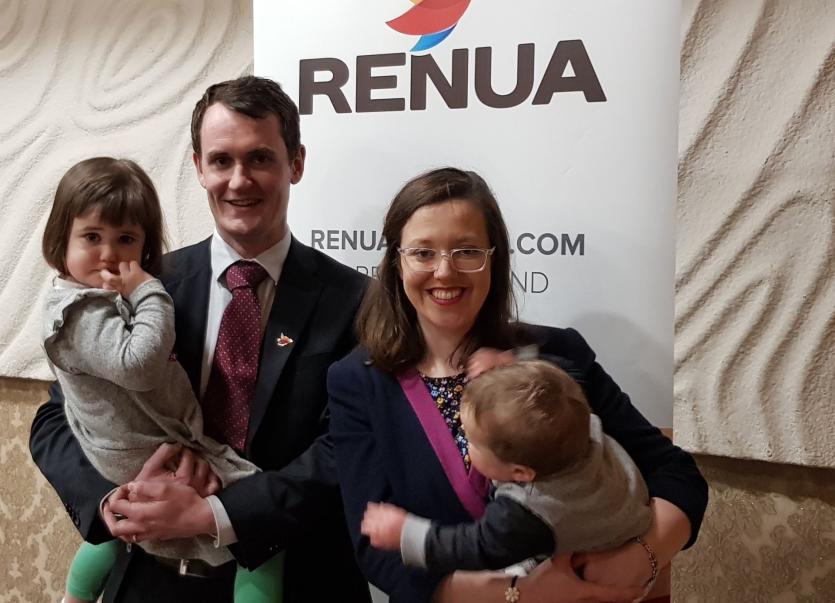 The new candidate for Renua Ireland candidate Maghnus Monaghan pledged to defend local hospitals and to build the sort of society which will give children a safe and caring place to grow up.

He was speaking at the launch of his election campaign for Lifford-Stranorlar district.

Mr Monaghan told a crowded meeting that he was a cautious convert to politics.

He said: "I started to think about the type of world I want my children to grow up in. The one we currently have and the one we are aiming towards is not something I would like them to inherit."

He added that his involvement in politics up to this point has largely been related to the pro-life issue.

"I worked lobbying TDs and Senators in the Dáil and Seanad and I was involved in running the canvassing during the referendum last year in Donegal.

"Donegal voted to hold on to the rights of unborn children and to support women who find themselves in a crisis pregnancy.

The national result was something of a watershed moment for me and represented a serious change in Irish culture which I hadn’t seen up until that point," he said.

Mr Monaghan said that there are a number of issues which impact people's lives beyond the protection of unborn children.

He added that the pro-life position extends beyond the protection of the unborn.

"It represents a fundamental value that we stand up for and fight to protect people who we can’t see and may never meet. RENUA work to protect the dignity of life of everyone whether you are unborn, elderly or homeless. Our six pillars are built on a foundation stone of “Family, Community, Country” which informs our desire to try to build a society which looks after families. If our families function well the community functions well and if our communities function well the country will look after itself," he said.

He said that Donegal has suffered a good deal of neglect compared with other parts of the country.

"The general trend with regard to health provision is to reduce the number of small hospitals around the country in favour of major hospitals in large urban locations. This trend of shutting smaller hospitals is what threatens both Lifford Hospital and St Joseph’s in Stranorlar."

He said that having these community hospitals are exceptionally important.

"They allow people to be treated closer to home. They take pressure off bigger hospitals where they are already operating beyond their bed capacity. You cannot justify closing beds in hospitals when there are people on trolleys all over the country because there aren't enough beds available," he said.

The election candidate said that he appreciated the fact that it is not possible to make big changes to the direction the country is going by working as a councillor.

"But if you have a garden that is completely overgrown and out of control and you want to start to fix it you need to start with just one patch. From my point of view the way to do this locally is by allowing families to live their lives. To give children a safe and caring place to grow up and to allow communities to grow," he said.

He hopes to see the development of a major multi-use park in the east of the county and see families spend more time together and away from technology.