Paul Durcan back in Donegal squad for Ulster Championship 2019 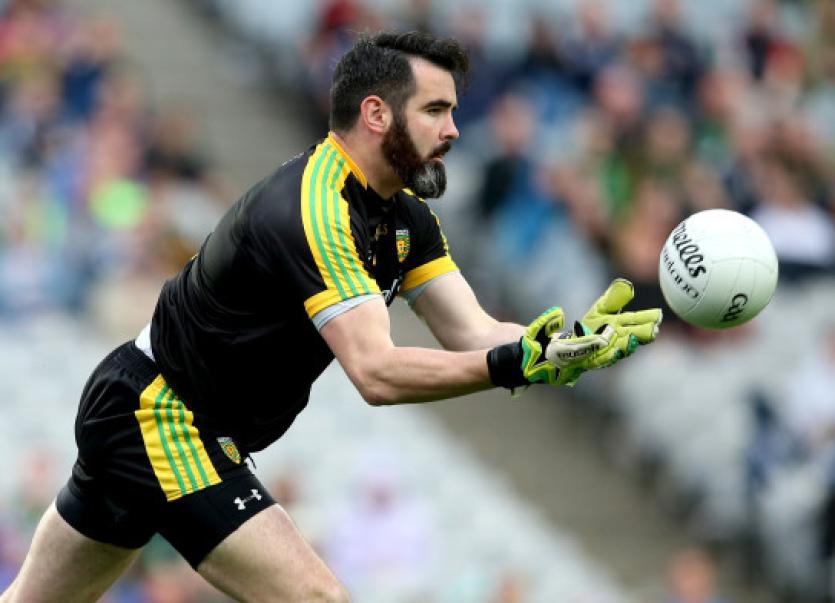 Paul Durcan . . . back in Donegal squad for championship

Donegal double All-Star goalkeeper Paul Durcan will be in the Donegal squad for the Ulster Championship, manager Declan Bonner has confirmed.

The 2012 All-Ireland winning netminder has been back in training for a number of weeks and speaking yesterday ahead of Sunday’s crunch Allianz National Football League meeting with Kildare in Ballyshannon, the Donegal manager confirmed he is going well.

“He has been back training with us the last three weeks and he is going well and very sharp and he will be in the squad for the championship,” said the Donegal manager.

“Paul is a double All-Star goalkeeper and is a quality ‘keeper and we are delighted to have a ‘keeper of that quality available to us.”

Donegal used two ‘keepers Shaun Patton and Mark Anthony McGinley in the course of the league campaign and Michael Lynch from Naomh Colmcille was added to the squad.

Lynch, who plays in the middle of the field for his club, was the replacement ‘keeper in Cork to Shaun Patton last weekend. It is understood Mark Anthony McGinley did not make the journey to Cork and this has fuelled speculation about the St Michaels player’s future in the squad.

Paul Durcan has not played for Donegal since 2015. His last outing was in the All-Ireland championship quarter-final defeat to Mayo.

He emigrated to Doha following that game and only returned just before Christmas.