Couple lost camcorder while on holiday in Donegal 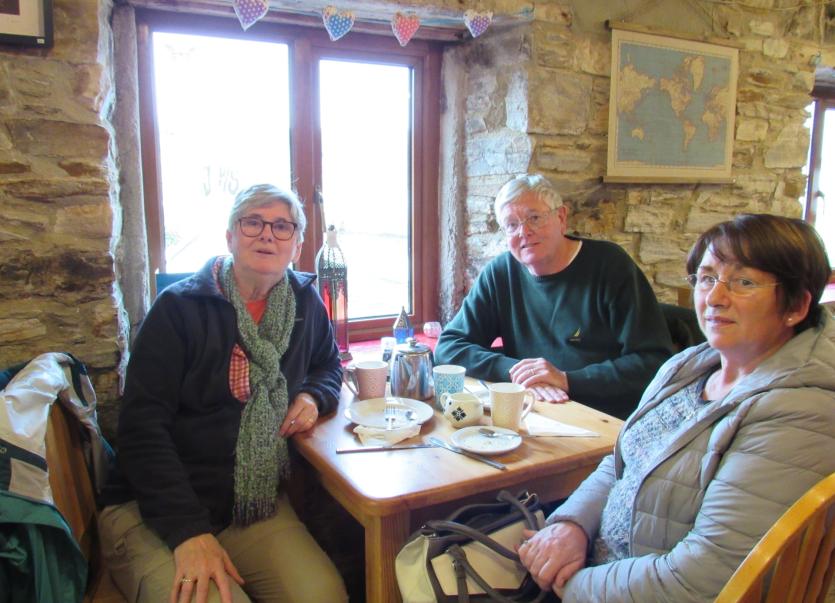 A New Jersey couple who lost their camcorder while on holidays in Donegal are hoping for its safe return, or the chip from inside it.
On October 18, Janis and Robert Rayca arrived in Donegal on holiday.
They travelled to the coastal town of Dunfanaghy, Donegal town and also visited the picturesque village of Killybegs.
It was a wonderful day and the couple from New Jersey enjoyed a leisurely day with their cousin Mary Tracey from Creggan in County Tyrone.
After an enjoyable lunch in the Bayview Hotel in Killybegs, they returned to their car shortly after 1pm.
“When we returned to our car I placed our JVC camcorder on the hood of the boot while I took off my coat,” Robert said.
“I got in the car and drove off with the camcorder left on the hood.
“I'm sure it dropped off the car and into the street soon after I began driving.”
The car was parked on the main street up from where the Bayview hotel is located.

The couple did not realise that their camcorder was missing until the following day.
When the couple realised their loss they were distressed as the chip on the camcorder contained some sentimental images of family celebrations.
The camcorder was used to record Janis’s 70th birthday last year.
Footage of their grandchildren is also on the video camera.
This footage means a lot to both Janis and Robert and their family.
The card on the camera also contains the recording of their first week in Ireland during 2018 and some imagery from Donegal.
Robert has contacted Gardaí in Donegal.
He has also filed a lost property report.
He subsequently followed the matter up with Gardaí but found that there were no favourable updates in relation to his loss at that point.
The couple also contacted the Bayview Hotel to establish whether anyone had brought the camcorder to their attention.
However, staff told Robert that the camera had not been handed in to them.

The importance of the chip
Robert said: “I am losing hope that we will ever retrieve the camcorder, or more importantly, the chip, which is what we really want.”
The camera is a JVC GZ-E300 camcorder and the chip inside is a 128GB SanDisk SD card.
The couple are hoping that someone will have found the camera.
The couple's main concern is the chip inside the camcorder.
Robert said that the footage which is on the camcorder has not been backed-up and that is the main reason the couple are so eager for the safe return of the chip:
“I am prepared to offer a reward and as well as pay postage as long as the chip is the real deal,” he said.
Robert said that he is willing to offer a reward of €50 to those who can arrange the safe return of his camera or the chip from within it.
Anyone with any information can contact news@donegaldemocrat.com.