Peter Casey says he will be saying it as it is 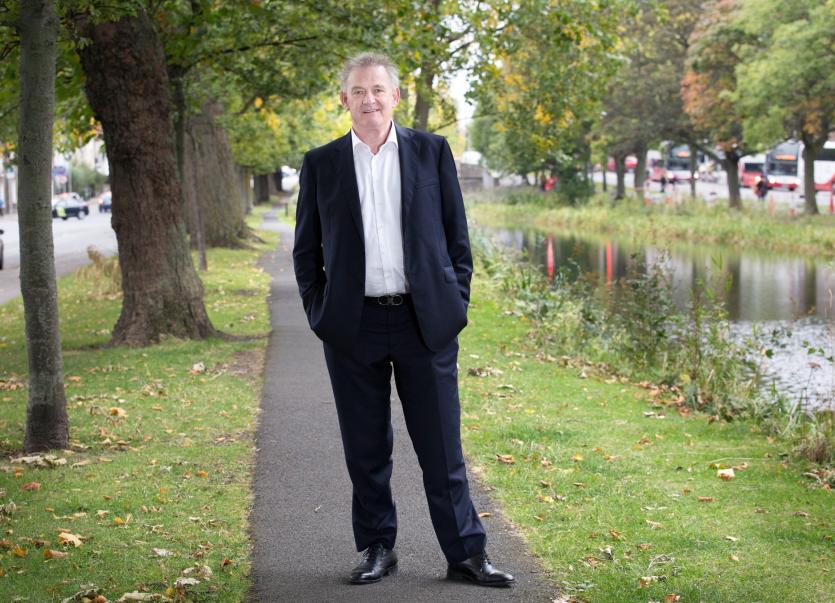 Peter Casey has announced his candidacy for the European Parliament elections in the Midlands North West constituency.
There had been suggestions that Mr Casey would run and then it was understood he was reconsidering that move, but on Wednesday a statement issued on his behalf confirmed he would in fact be running.
Mr Casey dominated national headlines in the run up to last year's presidential election where his comments about Travellers sparked controversy.
At the time he faced calls calls to pull out of the race after claiming Travellers should not be recognised as an ethnic minority because they are "basically people camping in someone else's land".
However, having considered his position, he remained in the race and surprised many when he polled second highest to Michael D. Higgins.
Launching his campaign for Europe, the independent candidate said he will be “the voice for rural Ireland” at the heart of the EU.

Mr Casey, who polled second to incumbent Michael D Higgins in the recent Irish presidential elections with 342,727 first preference votes, will register his candidacy in Mayo this afternoon (Thursday, April 11).
Mr Casey said: “Rural Ireland needs a catalyst for change. We have borne the brunt of austerity with massive job losses, high levels of emigration, farmers on the breadline and fishing boats tied up to rot.
“I’ll be saying it like it is on behalf of the people of the Midlands North West region to help ensure rural Ireland can enjoy the infrastructure, investment, enterprise, connectivity and prosperity it deserves. Rural Ireland has paid a hefty price for our government’s compliance with EU austerity measures, now it’s time to reap our deserved rewards and I will spearhead that campaign in Europe.
“I am committed to providing a strong voice for rural Ireland in European debates that affect our future. The issues affecting the everyday lives of people living along the western seaboard, the border counties and the midlands must be clearly heard and heeded at the heart of Europe.
“From the hardships of our farmers to the embattled fishing industry, rural Ireland will be heard. The struggles of our SMEs and entrepreneurs to the very real concerns of those living in our border counties, rural Ireland will be heard.”