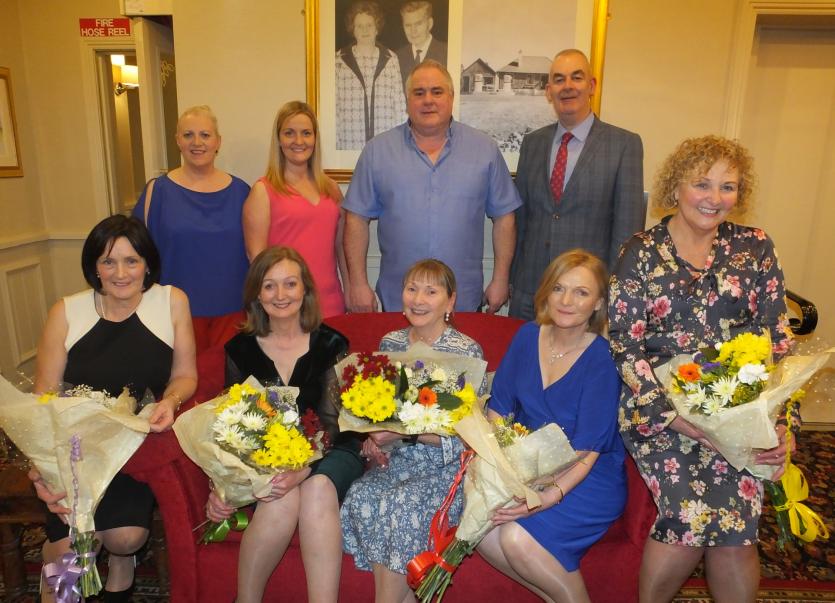 Five retiring teachers who hail from Gaoth Dobhair and Cloughaneely have been thanked for their outstanding service in moulding thousands of pupils in their long distinguished careers.

The were joined by  John Ó Baoill, elected General Secretary of the INTO,  Áine McGinley CEC Representative, colleagues, and family members. John Ó Baoill  paid glowing tributes to the five retiring teachers and added they had between spent between 200 and 500 years in the classroom.

He said the work of national school teachers is very challenging and added that government after government continue to treat small schools with injustice. He spoke of the contribution the five teachers made inside and outside the classroom. He said they have devoted themselves to providing the highest standard in an ever changing world and he wished them well for the future.

Daithí Mac Roibéaird, Secretary of the Errigal Branch of the INTO wished all five retiring teachers a happy and healthy retirement. He said he browsed through the minutes of former union meetings. In 1991 Caterine McClafferty was selected temporary secretary. Also that year, Neansaí Uí Mhaoilmhichíl and Sadie Marie Uí Chuireáin were appointed to the dance committee. Tomás Ó Maoilchiaráin retired that year.

First reference to Fionnulala Ní Chnáimhsí is on January 31, 2001 when a discussion about benchmarking was discussed. On February 14, 2002, Bernie Ní Dhuibhir was elected secretary. Bernie was successful in having the meetings moved to Gaoth Dobhair.

Catherine McClafferty and Bernie Uí Dhuibhir spoke and they thanked everyone for their kindness, support and co-operation down through the years.