Lyra McKee was shot dead by gunman during a riot 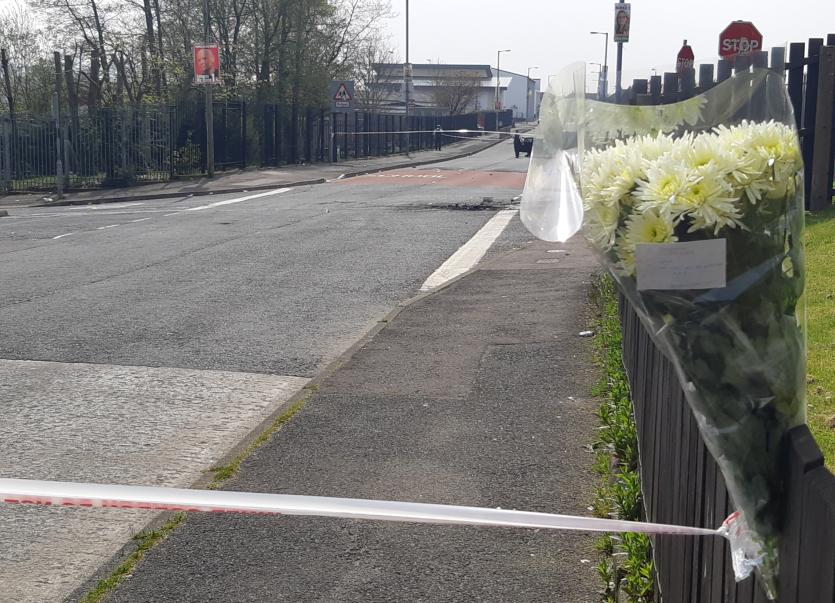 A vigil is taking place in Derry this afternoon amid shock in the city at the killing of journalist Lyra McKee on Thursday night.
The 29 year old died after shots were fired during rioting during a PSNI search operation in the Creggan area of the city. The shots were fired by a masked man with a handgun around 11.15pm.
The journalist was pronounced dead at Altnagelvin hospital after being rushed from the scene of the shooting in a police Landrover.
She had Tweeted from the scene of the violence just minutes before she was shot.
PSNI Deputy Chief Constable Stephen Martin condemned the shooting during a press conference at the city’s Guildhall today.
“This was not done to further any cause. This has done nothing but to plunge a family into grief and condemn the city that we all love to the worst possible headline, global headlines, today on Good Friday,” he said.
Forensic examiners were still working at the scene on Fanad Drive this afternoon.

Book of condolences
A vigil at the Guidlhall was to begin at 2pm and a book of condolences has been opened.
A joint statement has been issued by the main political parties in the North.
“It was a pointless and futile act to destroy the progress made over the last 20 years, which has the overwhelming support of people everywhere,” the statement said.
The attack has been blamed on the New IRA, which is also believed to have been behind a bomb attack at the city’s courthouse in Derry earlier this year. Calls have been made for the group to disband.
DUP leader Arlene Foster was among the politicians who spoke at the Guildhall this afternoon.

“This will not work, men of violence have tried in the past to do this sort of thing, to mudrer for so-called political objectives. It didn’t work then and it is not going to work now,” she said.

Air of sadness
Bishop of Derry Donal McKeown said there is a deep air of sadness hanging over the city.

“The murder of journalist Lyra McKee is causing widespread shock and revulsion. Our first thoughts and prayers are with Ms McKee’s family and friends who are terribly grieved by her killing.
“I have every confidence that the wider community will come together at this time to make clear our conviction that violence solves nothing,” he said.
The PSNI said the operation in Creggan was aimed at stopping violence which had been planned for over the Easter weekend.

The Deputy Chief Constable defended the decision to carry out the search operation adding that officers had not responded to violence.

Republican group Saoradh released a statement claiming that a 'Republican Volunteer' was attempting to 'defend people' from the 'PSNI/RUC' when the journalist was murdered.