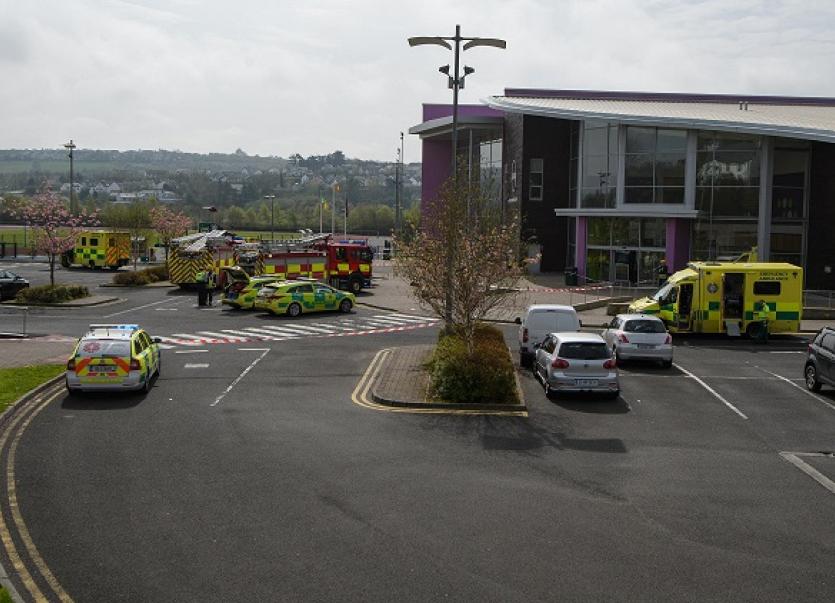 The scene at the Aura Letterkenny Leisure Centre this morning. Picture: Clive Wasson

An investigation has been launched into what caused the incident at a Donegal leisure centre which left five people, including children, in hospital.

Aura Letterkenny Leisure Centre has reopened after the incident this morning which resulted in five people, including children, being taken to hospital.

An investigation has been launched by management into what happened.

The Health Service Executive confirmed that five people were admitted to Letterkenny University Hospital for observation.

It is believed that children using the swimming pool had a reaction to chlorine in the water.

Around 50 people were assessed by emergency services, inducing an emergency department consultant, who rushed to the centre from Letterkenny University Hospital. Children who had been in the pool were triaged at the scene.

A major incident emergency plan was implemented at the hospital. Fire service units and gardaí also attended the scene.

In a statement on its Facebook page, management said the centre was reopening at 4pm “following a minor incident”.

“Following the closure of the Aura Letterkenny pool this morning, after precautionary safety measures were taken in line with our safety policies following a minor incident, we wish to advise that the pool will reopen at 4pm. We apologise to all customers for the inconvenience.”

Cllr Gerry McMonagle, who is a member of the board of management of the centre, said an investigation has been launched.

He said when he arrived at the scene he was met by around 15 ambulances.

He also praised the staff in the leisure centre.

“When they saw the adverse reaction from the children they immediately evacuated the pool and got them to a safe place,” he said.

“The important thing done is to identify what caused the problem and rectify that and ensure it does not happen again.”