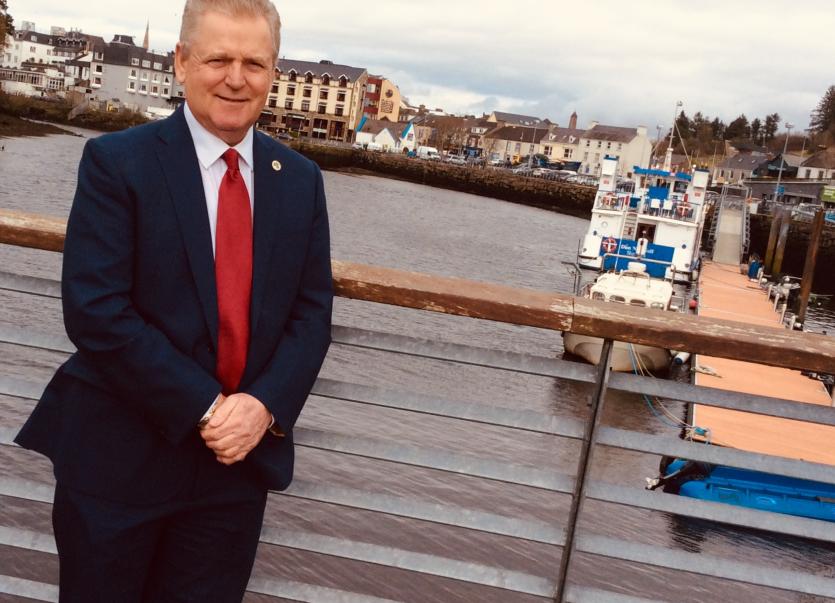 A Donegal town election candidate is calling for Bus Éireann to invest in a bus station for the town due to congestion in the Diamond.
Justin Coughlan, who is running as an Independent in the local elections, says the lack of investment by the company in the town is unacceptable.
He said the use of the Diamond by buses has become a health and safety issue.
“If there’s an emergency occurring in town such as someone having a cardiac arrest or if there’s a fire in one of the hotels or in town, neither the ambulance nor the fire engine can gain easy access due to traffic congestion.”
He said often buses are not able to park as traffic is blocking the parking space currently available for the buses outside The Abbey Hotel.
“Because of this situation buses are double parking and traffic can’t flow through the town properly, which is causing traffic congestion in some instances out as far as the Abbey Vocational School.
“This occurs on a regular basis especially during the summer season when there’s more traffic entering the town. I have mentioned this situation many times over the years but nothing seems to be done.
“I firmly believe that at some stage in the future someone will have a bad outcome from a medical situation as a result of this current situation being allowed to continue.
“I believe the answer to this unacceptable situation is that Bus Éirann after 40 plus years of absolutely no investment in Donegal town step up and invest in the building of a bus station for the town.”
Mr Coughlan said the most obvious location is the new site which is ready for development at The Mullans on the main Donegal to Killybegs road.
He said buses coming into Donegal town could use the by-pass coming on to the roundabout at the Millpark Hotel and enter the bus station at The Mullans.
“Local taxis can be available to transport any passengers that may need to avail of their services,” he said.
“I fully intend to highlight this ongoing situation with the relevant people: the Department of Transport, Minister Shane Ross and with the Management of Bus Éireann.
I know that most people in Donegal town are in favour of this simple but obvious solution thereby encouraging the many visitors to come to Donegal town because of its easy access. But more importantly saving someone’s life, which in my view you cannot put a price on.”