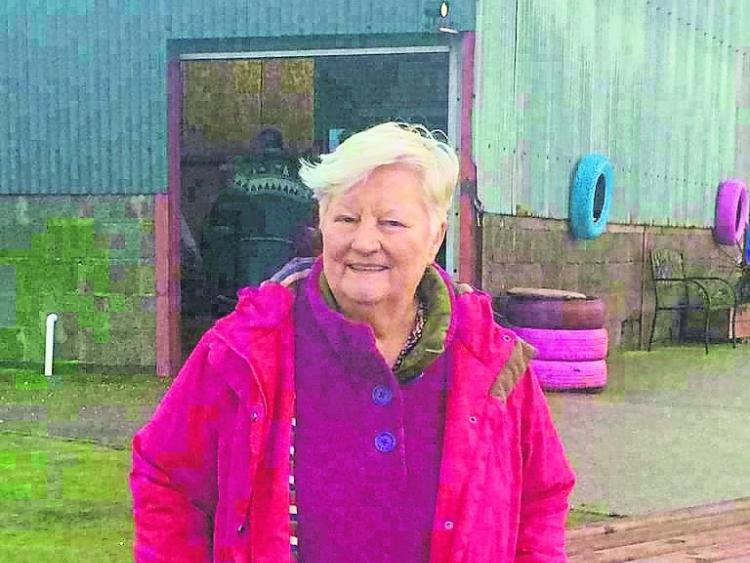 Beautiful outside and inside, is an apt way to describe the late Nora Grimes, whose funeral mass took place in St Patrick’s Church, Ballyshannon on Thursday morning.
She was a deeply religious woman, but also had a strong practical streak which she used to great effect to help others and her great work in Medjugorje since the early 1980s will never be forgotten.
Nora organized countless pilgrimages to Medjugorje over the years and introduced so many pilgrims to that most special of places.
The county Cork native also did trojan work to help those who suffered in the terrible war in Yugoslavia in the mid 1990s.
But Nora was not a long-distance helper, as she went into the war zone in Bosnia, skirting minefields to make sure that vital supplies got through to those who needed it most.
That took immense courage and character which she had in spades for Nora Grimes was a strong woman in every way.
She trained as a Home Economics teacher in St Angela’s College, Sligo and met the debonair Jack Grimes from Ballyshannon at a dance in Strandhill.
They married in 1968, and were an extremely handsome couple. Jack was the light of her life and her rock and vice versa, until he sadly passed away in 2010.
Nora then taught in the Sacred Heart College in Ballyshannon for a while.
She had a great sense of fashion and some of her children’s earliest memories of her are of her dressing up to go to a function with her equally sartorial husband Jack.
Nora then took a very active role in developing the Kitchen Bake and Coffee Shop and she and Jack also ran a coffee shop in Bundoran and a premises in Rossnowlagh which were in addition to the Grimes Bakery which was a long standing employer in Ballyshannon.
She was very involved in managing those businesses and had a great way with staff and customers.
In the early 1980s she discovered Medjugorje and that started a journey for her of going there, and she had an amazing devotion to Mary the Divine Mother.
She had a great connection there and then had a huge role in humanitarian work in war torn Bosnia in the mid 1990s.
Nora plunged into organizing shipments of food and vital services to that troubled region.
Nora and her husband Jack raised a lot of funds and she sent trucks of vital necessities to that region.
She then went to Bosnia and “crossed minefields with local people to find the people who needed help”.
Nora was a very strong woman in every way, but she had a very good man in her husband Jack at her side who was her rock of ages.
His death was a huge blow to Nora in 2010.
Nora also enjoyed gardening at her lovely home on the Mall.
She really loved her grandchildren - Joe, Jack, David and Cian, and they became her life.
Nora is survived by her children Sinead, John, Norita and Patrick, grandchildren, nieces and nephews and was pre-deceased by her husband Jack.
She was 75 when she passed away.
May her warm and generous spirit rest in peace.

Cockhill defender Peter Doherty, pictured with his parents, is signing for Institute.