McAleer strikes twice as Harps get much-needed win over UCD 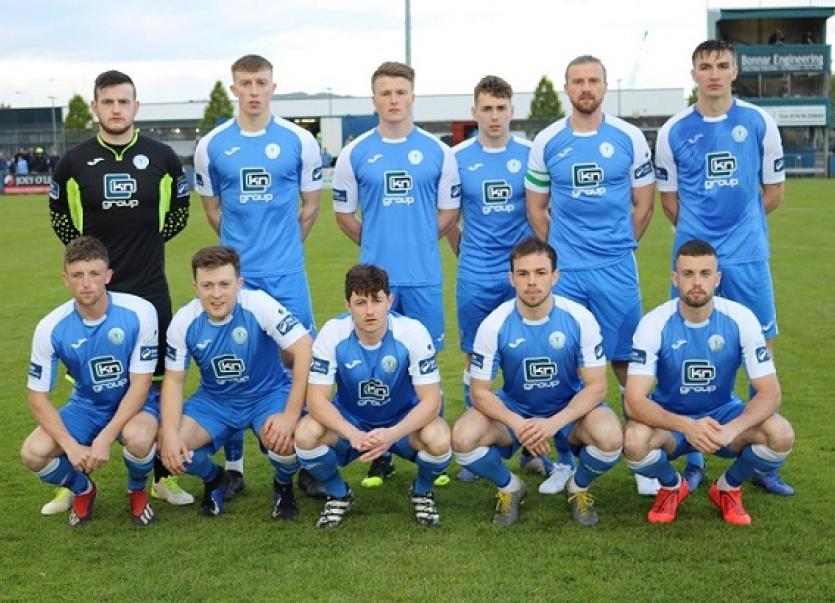 The Finn Harps side who played UCD in Finn Park on Friday night PICTURE: STEPHEN DOHERTY

The situation at the bottom end of the Premier Division table makes for more pleasant reading after Finn Harps picked up a much-needed first league win of the season against UCD on Friday night.

Having gone 15 league games without a win, Harps produced a quite superb performance to see off the Students and while Harps are still bottom with a game extra played, the gap between themselves and UCD is down to just three.

Caolan McAleer scored twice and Nathan Boyle scored the other on a night when the home side served up some quality goals.

And but for the woodwork, they could have scored more against a UCD side who looked really out of sorts.

After picking up two draws in their previous two games, Harps went into this game with a small spring in their step and they were boosted by the return of John Kavanagh and Daniel O’Reilly, who both missed the game in Cork on Monday night. 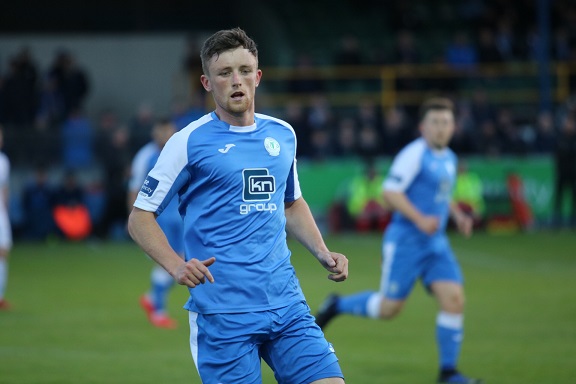 UCD, struggling for form of late, lost out to Sligo Rovers in their last fixture and they brought Daniel Tobin, captain Gary O’Neill and Yousef Mahdy back into their side.

Their preparations for this game weren’t helped by their late arrival in Ballybofey ahead of kick-off time. It meant a shorter than usual pre-match warm-up for the Students and ahead of such a key game, it was hardly ideal.

Both sides were evenly matched in the early stages. Harps had a couple of good early openings - on one occasion Sean Boyd almost managed to direct a looping effort on target following a Caolan McAleer free-kick.

UCD settled into their stride after a sluggish opening and Irish U-21 international Neil Farrugia caused plenty of problems wide on the left. He set up Conor Davis for an early chance for the frontman just couldn’t get his shot away before he was eventually crowded out.

The same player was involved in the action as Harps pounced for the game’s opening goal n 18 minutes. Trying to work an opening on the edge of the opposition area, Davis lost possession following a crunching tackle by Keith Cowan. The Harps captain then delivered a wonderful long-range pass to Caolan McAleer who after racing into the UCD area, curled a brilliant effort into the far corner past keeper Conor Kearns.

Minutes later it could have been two. Mark Russell’s free-kick was headed goalwards by Daniel O’Reilly but the ball came back off the inside of the post before being saved on his line by Kearns.

Harps’ tails were up and McAleer tried a long range effort which wasn’t far wide of the target.

UCD showed enough coming forward to suggest they were still well in this game and on 28 minutes, O’Reilly was fortunate to see his attempted clearance drop onto his own crossbar before being scrambled to safety.

But Harps were the better side and they should have been two in front at half-time. Just before the break McAleer won possession on half-way and after bursting into attack, he sent a curling effort over the dive of Kearns only for the ball to crash back off the angle of crossbar and post. Sean Boyd’s follow up went into the side-netting.

It was Boyd’s last action of the game as injury forced him to come off and he was replaced by Raff Cretaro.

The Harps sub produced the pass which led to his team’s second goal just 55 seconds into the second half. He found Kavanagh racing down the right and the defender pulled the ball back for Nathan Boyle whose first time effort flew into the bottom corner.

UCD enjoyed a good spell of possession as they went in search of a goal of their own. But they were caught on the counter-attack on 65 minutes - Mark Coyle winning possession outside his own box and racing clear before releasing McAleer into the area and the Harps man produced another clinical finish.

After that there was to be no way back for the visitors who suddenly find themselves looking over their shoulders at improving Harps.