Truly better value and going to the worthiest of causes 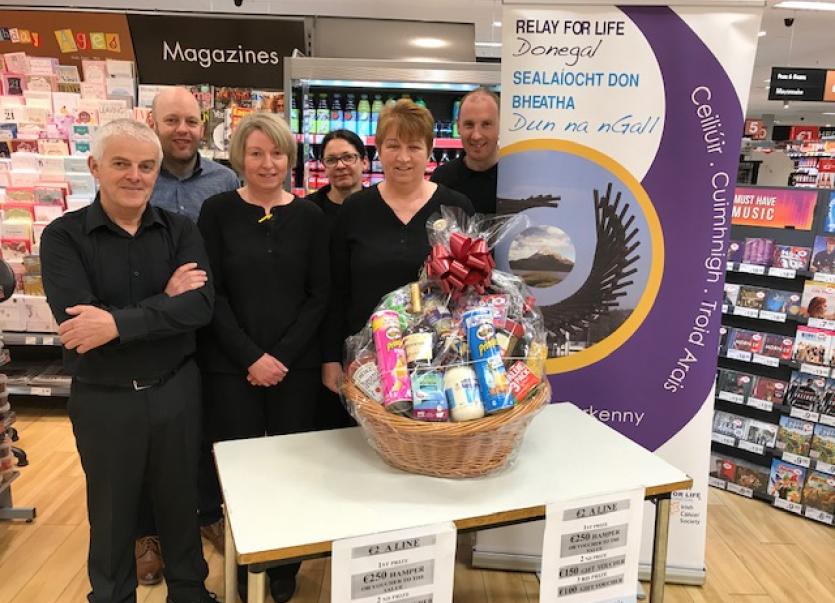 Staff at the Oldtown branch of Dunnes Stores are swapping retail for resilience this weekend as they aim to climb Muckish Mountain and in the process help escalate their fund-raising efforts on behalf of Relay for Life.
On Sunday morning, would-be climbers will meet at 9.30am on the Falcarragh side of the famous landmark before beginning their ascent.
The Dunnes Stores branch has entered a team for this year’s Relay initiative which itself takes place later this month on Saturday and Sunday, May 25 and 26.
“We haven’t had a team in for the past two years but before that, we took part for four years in a row. It’s great to be back involved in it,” said branch manager, Paddy Cunningham.
He had been approached by Relay for Life committee member Charlie Quinn earlier this year and had no hesitation in agreeing to enter a team from the Oldtown branch.
“We have around thirty people involved all told taking part in the 24-hour relay of the track.”
The Relay experience is one Paddy himself is eagerly anticipating and like so many others who take part, there’s a purely personal reason behind it.
“It has affected me directly. My mother died of cancer twenty-six years ago at the age of just 48,” he reflects.
That rawest of losses, still felt keenly, was brought home again two years ago when a close family friend succumbed to the illness at the age of 41.
“Events like Relay for Life are so important with the money raised contributing to research. Cancer will continue to affect people in the future but here we can help make inroads into the research that is needed.”
Last Wednesday night at the Arena 7 complex, the Dunnes Stores team hosted a table quiz as part of their fund-raising events, boosting those efforts by around 400 euro.
“We had donations on the night and Arena 7 were very good in that they provided finger food which was a very generous gesture,” acknowledges Paddy who is a resident of Muff.
Quite apart from that and the Muckish climb, the funding will continue to pour in through other initiatives.
On Friday next, staff and managers at the Oldtown branch will involve themselves in a bag pack at the store when donations will be gratefully accepted in the special Relay for Life buckets.
Meanwhile, for two euro a line, customers can put themselves in with a chance of winning an impressive food and beverage hamper valued at 250 euro or an equivalent gift card. Second and third prizes of gift cards totaling €150  and €100 euro respectively make the draw an even more attractive one.
As his team prepare for Sunday’s Muckish ascent, Paddy stresses that insurance for the climb will be each individual’s own responsibility. “It’s important to point that out to anybody else who is going to join us in the climb but we’ll be more than happy to see others take part.”
Sponsorship cards will be available or donations can be made on the day.
No climbing necessary during the 24 hours of Relay for Life, of course, and the Dunnes Stores team will be there throughout that weekend complete with gazebo and logo. And plenty of home baking, including buns, cakes, and sweets, to help whet the appetites of patrons.
Truly better value and going to the most worthiest of causes.