Drivers being asked to drive their rubbish home in west Donegal 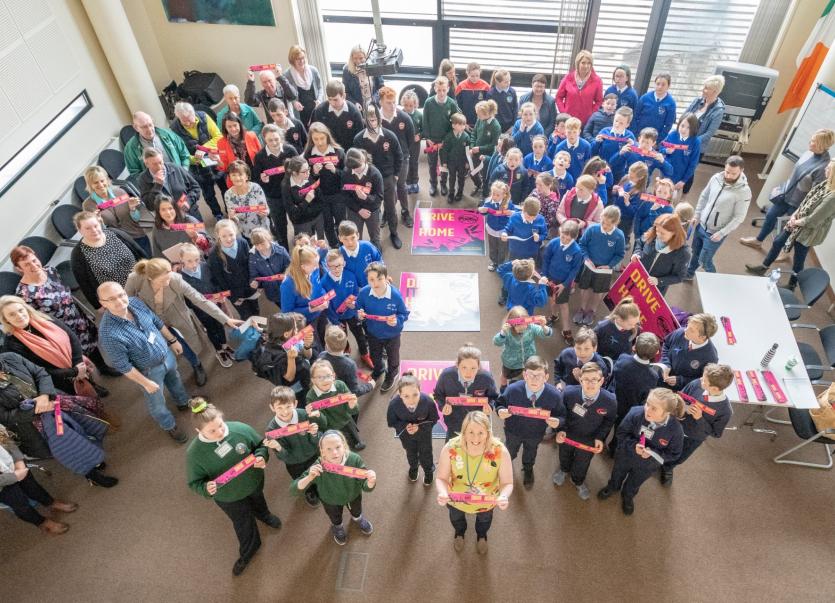 Drivers are being asked to take their rubbish home rather than throwing it out of their car window in a new ‘Drive it Home’ anti-litter campaign which was launched yesterday in The Rosses in Donegal.

Seven Tidy Town groups in The Rosses in West Donegal have joined forces following their annual community clean-ups over the last few months as part of the county-wide #BigDonegalCleanUp and An Taisce’s National Spring Clean initiative and are now asking drivers to play their part and ‘drive their rubbish home’ rather than discarding of it in some of the most beautiful scenic areas in the country.

Campaign organiser Nuala Bonner from Dungloe Tidy Towns group explained: “When we were doing our clean-ups the amount of litter along the roadsides was just astonishing. Everything from plastic bottles to take away boxes and bags, to sweet wrappers, crisp packets to dirty nappies were found and these items did not get there on their own. They had to be thrown out of car windows. And we are simply asking people to think before they throw rubbish out of the car window and to take it home and dispose of it in their own household waste.”

The launch took place in the Public Service Centre in Dungloe where the Tidy Town Groups and local schools were joined with local elected member Cllr. Maire Therese Gallagher who complimented the groups and the schools on this initiative.

Nuala Bonner added: “Each child from the local schools will be asked to take a car sticker home with the campaign message ‘Drive it home’ and we are hoping that people will display this sticker on their vehicles for other motorists to see and hopefully this will raise people’s awareness and encourage them to join and support our campaign”.

Cathaoirleach of Glenties MD, Cllr. John Seamais Ó Fearraigh commended the groups on this initiative saying: “it is great to see the groups working together in The Rosses to get this message out there. I have seen first-hand the brilliant work done by groups over the last few months and to see litter dropped along the roadside a few days after a community clean-up is so frustrating. I am joining with the community of The Rosses and indeed all communities in Donegal in asking drivers and their passengers not to throw rubbish out of their car or van windows but to drive it home. This is not only an insult to the many volunteers who work tirelessly to keep their areas looking pristine but it is illegal and you could face prosecution.”

Suzanne Bogan, Waste Awareness Officer with Donegal County Council also congratulated the groups on this initiative and said Donegal County Council was delighted to support such a worthwhile campaign saying “this is a simple message and one that I would ask everyone to take on board. The work done in this area over the last few months has been outstanding and we in Donegal County Council are delighted to be supporting this local initiative. This initiative has been spearheaded by the local community and I think that in itself sends out a powerful message. These are the people who work day in and day out to keep their communities looking pristine and litter free and they are appealing to motorists to respect their efforts and their beautiful area.”