Sliabh Liag project to be officially opened on Monday 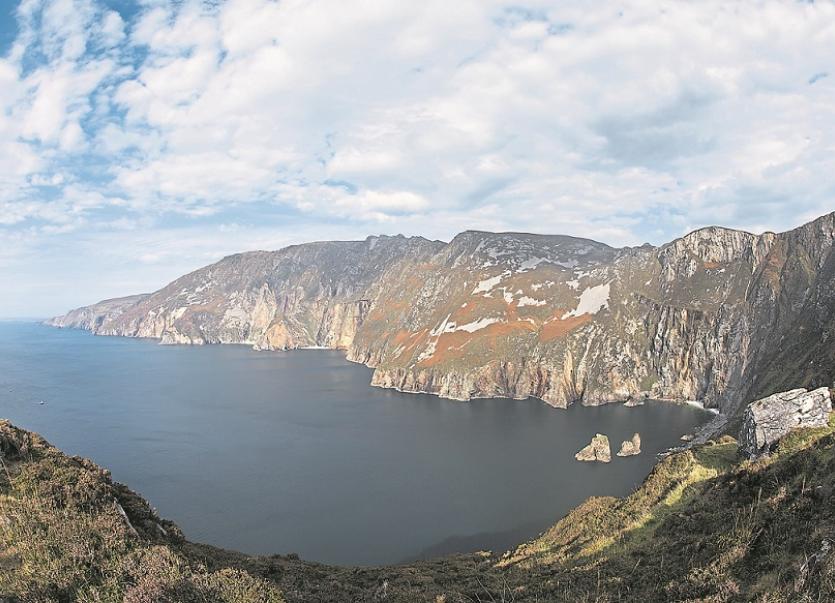 Sliabh Liag, where a new visitors centre is to be officially opened

The official opening of one of the county’s flagship tourism projects will take place on Monday.
The Sliabh Liag Strategic Development Project is finally being officially opened after ongoing delays.
Minister for Education and Skills Joe McHugh and Cllr Seamus Ó Domhnaill, Cathaoirleach of Donegal County Council will open the visitor's centre at the iconic sea cliffs.
It had been expected to open early last year.
The project was aimed at improving facilities at the cliffs where visitor numbers have risen significantly in recent years.
The centre opened last month. A manager was appointed in April and it is expected the centre will employ an additional nine people from the local community.
One of the delays to the project was due to a dispute between the council and locals over the placing of a number of interpretative stones.
Figures for 2017 show over 164,000 visitors came to the cliffs, making it the 21st-ranked free tourist attraction in the country. The biggest attraction in the county is Glenveagh National Park which had 211,000 visitors in 2017.

In 2017 it emerged that the council’s expenditure on the Sliabh Liag cliffs project had increased to more than twice what was originally budgeted.
The project to improve visitors' experience of the cliffs was originally budgeted at €4.2m with over €2.5m from Failte Ireland and over €1.3m coming from European funding.
The council's original funding amounted to €480,000 but a report by the Local Government Audit Service showed the council had spent €663,000 and intended to allocate another €400,000 to the project.
In the report, the Local Government Auditor Raymond Lavin said the council’s revised contribution was €1.06m.
The whole project included the development of a tourism transport hub at Teelin, a major upgrade of the road network between Carrick and Bunglas, the extension and renovation of car parking facilities, a ranger station and toilet amenities at the lower car park, and the improvement of the Sliabh Liag cliff top path.
In 2014 Mountaineering Ireland, the all-island representative body for climbers and walkers criticised the remedial work being carried out on the cliff-top path and called for the work to be halted.

Sliabh Liag fast becoming a jewel in the crown for tourism