Ollie Horgan's side off the bottom of the table 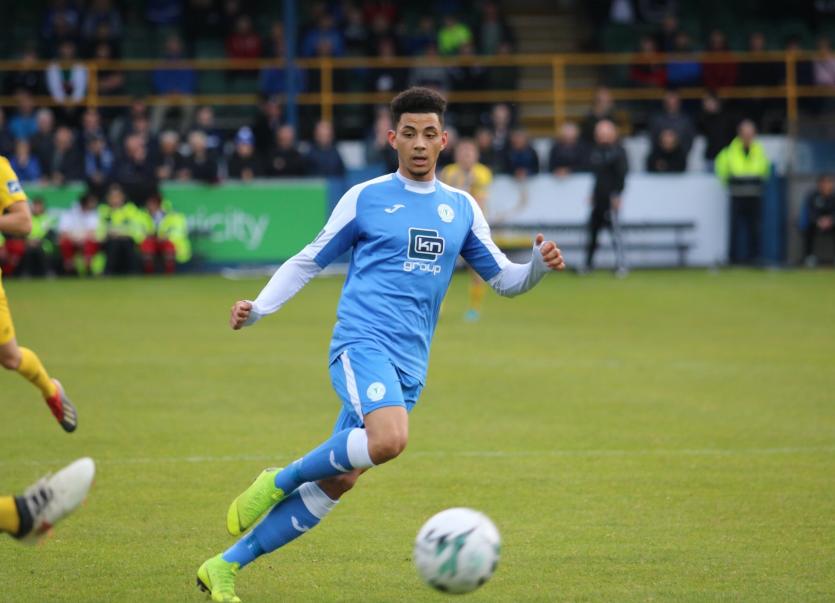 Patched-up Finn Harps climbed off the bottom of the SSE Airtricity Premier Division after they scored a dramatic late winner to beat Waterford FC in another thrilling game in Finn Park on Friday night.

Two goals from Mikey Place and a last gasp winning goal from Sean Boyd saw Harps overcome a Waterford side who looked to have taken a point when they made it 2-2 on 88 minutes.

But up popped Boyd with the winning strike in the 90th minute to seal a second win on the bounce for Harps.

And with UCD losing at home to Shamrock Rovers, this win means Harps move ahead of the Students on goal difference.

Given the number of absentees, this was a hugely impressive result for Ollie Horgan's team. Harps, already missing several key players because of injury, were forced to plan without the suspended Keith Cowan, Sam Todd, Caolan McAleer and Mark Coyle.

It meant a rare first team start for youngster Liam Walsh while Michael Gallagher came in again at right back. Mikey Place was also included in a side that was captained by Tony McNamee.

The game was less than four minutes old when Waterford struck for the opening goal. Harps will be disappointed at the manner in which they were so easily opened up down the middle and when midfielder Aaron Drinan was played into the box, he beat Peter Burke with a composed finish.

It got worse for Harps soon after when Michael Gallagher suffered a serious leg injury and left the field on a stretcher. He was replaced at right back by Colm Deasy.

Waterford, with the experienced French national Bastien Hery and Lithuanian international Karolis Chvedukas recalled to the side, played with real confidence and bossed the game for much of the early stages. Harps, with  Walsh and Place playing just off frontman Sean Boyd, struggled to find their feet.

But against the run of play, they drew level on 24 minutes. They won a free kick just outside the box when Place was unceremoniously upended by Rory Feely. The Harps man took the free himself and curled his effort up and over the wall and in past keeper Matt Conner.

Waterford sought an early response and twice they went close to regaining the lead. Drinan shot straight into the arms of Burke from a good position and then Hery curled a long range effort just wide of the post.

But Harps were clearly lifted by their equaliser and at the end of another decent attack, they were awarded a penalty on 36 minutes when Walsh was fouled by JJ Lunney as the young Harps man went to meet a Colm Deasy delivery.

Place - who scored from the spot against Derry City earlier in the season - fired his penalty beyond the dive of Connor to make it 2-1. Harps could and should have gone in at the break 3-1 to the good but Sean Boyd somehow contrived to head over the crossbar when presented with a great chance five yards out.

Boyd had another glorious chance immediately after the restart when played in by Place, but he shot over from a good position.

Waterford enjoyed another good spell of possession but were continuously frustrated by the work and commitment of the home side where Niall Logue was outstanding at the back.

But on 88 minutes they got themselves level when Damien Delaney turned the ball home following a set-piece.

Harps however, weren’t to be denied and Boyd fired home the winner as the game ticked into injury time.