A big day for the children at Letterkenny school 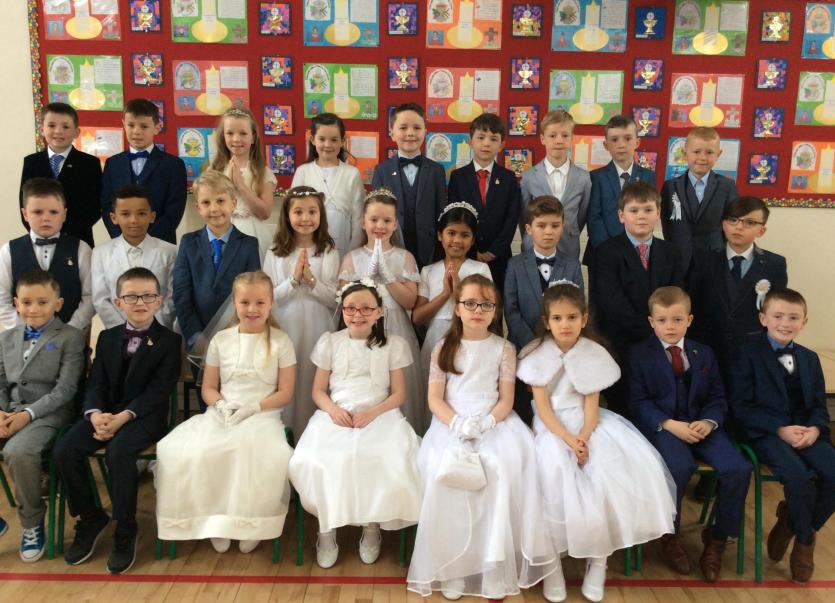 Children from Woodland National School in Letterkenny received the Sacrament of First Holy Communion at the Church of the Irish Martyrs on Saturday.

It was a special day for the pupils and their teachers and staff at Woodland NS, not to mention the children's friends and families.

Fr. Brian Quinn was chief-celebrant at Saturday morning's ceremony, assisted by Fr. Brendan Ward and Archdeacon William McMenamin whose grand-nephew was among those to make their First Communion. Fr. Quinn thanked everyone for the part they had played in preparing the pupils for the day. He thanked the teachers, Brid Desmond and Margaret Peoples, as well as school principal Dr Patricia Slevin.

Children from the school choir, under the direction of teachers Maureen O'Donnell and Caitriona Wilson, and accompanied by former principal, Gabrielle Fitzsimmons, provided some beautiful hymns, adding greatly to what was a beautiful and holy ceremony.