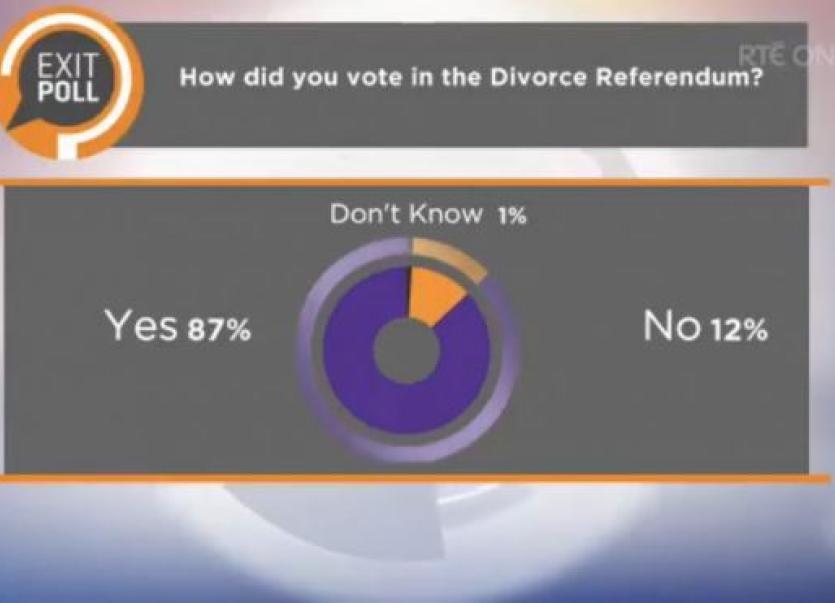 The referendum to ease restrictions on divorce looks set to be passed by a massive margin according to a prediction by an exit poll by Red C commissioned by RTÉ and TG4.

The poll results indicate a majority of 87% have voted in favour of the referendum with 12% voting against and 1% refusing to answer or saying they don't know.

The poll has a margin of error of 3% and was conducted in 156 locations around the country on Friday.

The question put to voters focused on two issues about divorce.

Voters were asked to vote on two issues - how long people must be living apart before applying for a divorce and the second issue related to the recognition of foreign divorces.