Sorting of votes underway in Donegal

Votes in Inishowen being tallied 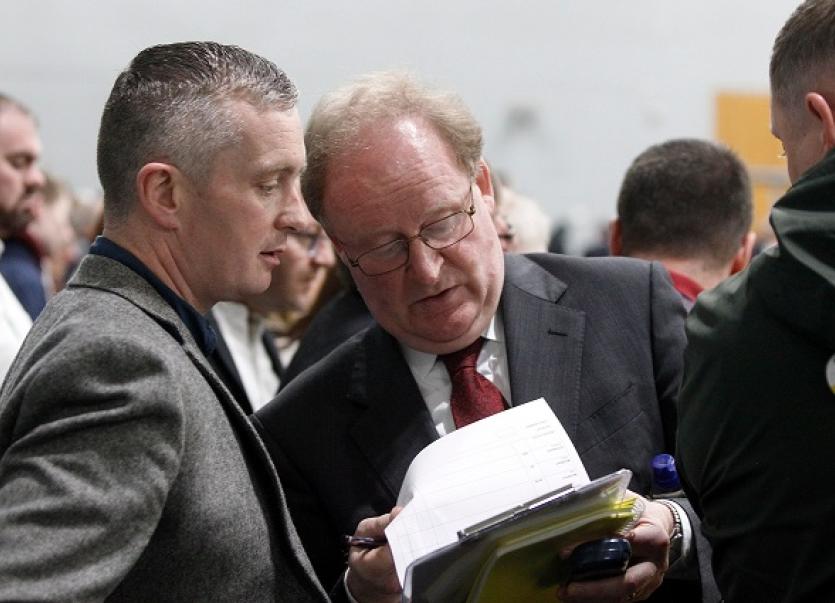 Tallies are being counted at the Letterkenny Aura Lesiure Centre

The sorting of ballot boxes got underway at the Aura Leisure Centre in Letterkenny at 9.10am.

The first boxes to be opened were from the Buncrana local electoral area.

Buncrana LEA boxes have were opened first and will be followed by Carndonagh, Letterkenny, Milford, Donegal, Glenties, and Stranorlar.

Once 35 boxes have been opened in one LEA, count staff will move on to the next one and open 35 boxes from that area.

European tallies are also being counted.

Sinn Féin insiders are at this stage also hopeful of a second seat in the Buncrana LEA and there are early signs that Fine Gael could struggle although it is too early to say.

Speaking this morning outside the count centre in Letterkenny, Donegal TD Joe McHugh said that while Fine Gael is hopeful of increasing its number of seats from six, transfers will be key.

Fine Gael insiders are hopeful they will increase the disappointing return of six seats from 2014 to at least nine.

Other overal trends to watch will be how well Aontú do with the party running candidates in six of the seven LEAs in Donegal. With the No vote in Donegal in the Eighth Amendment referendum last year the new party founded by former Sinn Féin TD Peadar Tóibín will be hoping to make an impact.

Another interesting development in this year’s local election is the network of independents who are running with the endorsement of Donegal independent TD Thomas Pringle.

There is a total of 85 candidates running in Donegal for the 37 seats on Donegal County Council.

By the time votes are sorted today, tallies will give a picture of where the first seats in each LEA are going and the likely dogfights for the last seats will also be identified.