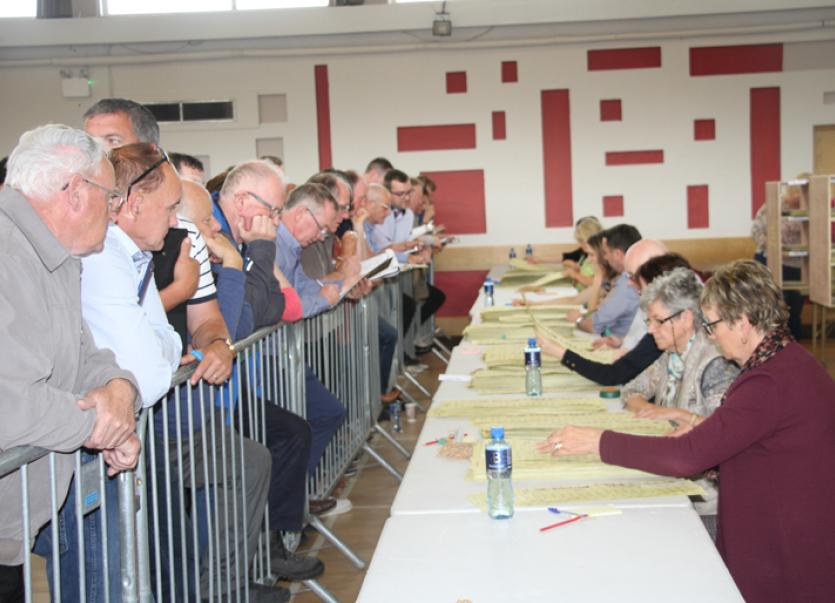 A first count is not expected in Donegal town until late afternoon. Picture: Matt Britton

The big factor in deciding the last two seats in the Donegal LEA is to what degree geography will dictate transfers over party loyalty.

With an expected quota of over 1,900 both Noel Jordan (SF) and Niamh Kennedy (Ind) will be around 500 votes short of that.

Micheál Naughton (FF) and Fine Gael’s Barry Sweeny, who are both sitting on around 1,100 first preferences, will take for the third and fourth seats.

The last two seats are up for grabs and four candidates, John McNulty (FG), sitting independent councillors Tom Conaghan and Seamus Maguire, and Michael McMahon (SF) will be battling for those.

Sinn Féin will be hopeful of a second seat after a strong performance by Michael McMahon on over 800 first preferences.

Some indications are that Tom Conaghan on over 900 votes, could take the fifth seat with the help of transfers from Donegal town independent Pauric Kennedy, who transferred about 40% of his votes to Conaghan in 2014.

Fine Gael are hopeful that John McNulty could take a second seat for the party but there is disgruntlement from Fine Gael candidate John Boyle about the three-seat strategy and the late addition of John McNulty to the Fine Gael ticket.

"It is not sour grapes but the three-candidate strategy played very much against me with me receiving very little transfers from my running mates,” he said.

That would suggest transfers from John Boyle will be more based on geography than party loyalty.

Seamus Maguire’s team are quietly confident that transfers from John Boyle, Independent Seán Ó Beirne in Carrick, and Independent Valerie McNulty in Ballyshannon, will help their case and could help see him returned.

They believe the central position of Seamus Maguire and Tom Conaghan in the electoral area will give those candidates an advantage over Michael McMahon, although he will collect transfers in Bundoran from Philip McGlynn (FF) and Diarmaid Doherty (Ind).

Until there is a first count, which may not happen until after 6pm, the picture for the last two seats remains unclear.