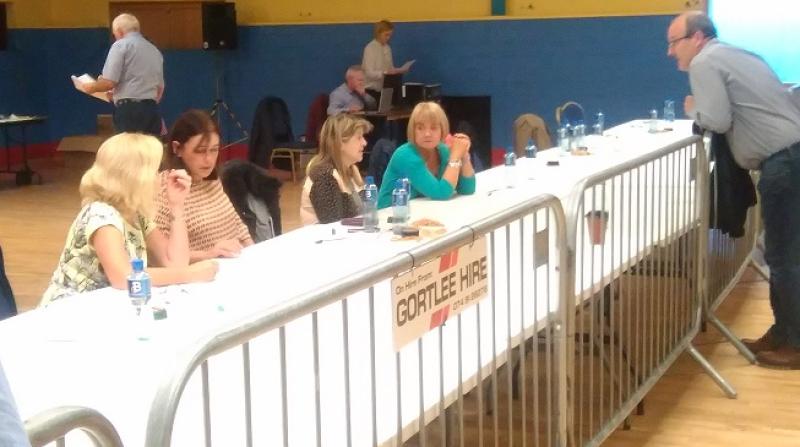 Staff at the count centre in Stranorlar

Things are moving swiftly along at the Finn Valley Centre in Stranorlar where the sixth count has taken place in the Lifford-Stranorlar LEA.

This count saw the distribution of Independent candidate Michael De Ward's 244 votes. He was eliminated after the fifth count.

Liam Doherty's lead over Garvan Connolly in the race for the sixth seat has stretched out to 81 votes.

Two more candidates - John Hartnett (Aontu) and Maghnus Monaghan (Renua) have been eliminated and their 581 votes will be distributed in the 7th count.

Non-effective votes in this count - 60

Eliminated after the 5th count

Eliminated after the 6th count