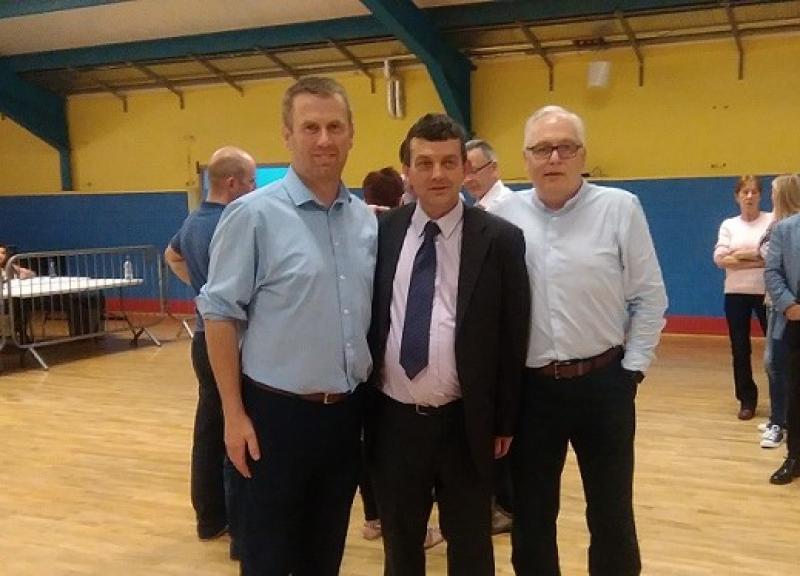 An intense battle for the final sixth seat in the Lifford-Stranorlar LEA came to an end shortly after 7.30pm on Sunday evening when Sinn Féin's Liam Doherty took the seat ahead of Fine Gael's Garvan Connolly.

Fine Gael's Frank McBrearty has also been elected, taking the fifth seat without reaching the quota.

At one stage today Liam Doherty looked in real trouble and there were fears among party officials in the count centre in Stranorlar that he would lose out.

But once he got back in front after the fourth count, he managed to stay ahead right to the end.

It means all six outgoing councillors have been returned.

Non-effective votes in this count - 371

Eliminated after the 5th count

Eliminated after the 6th count

Eliminated after the 7th count

Elected after the 8th count