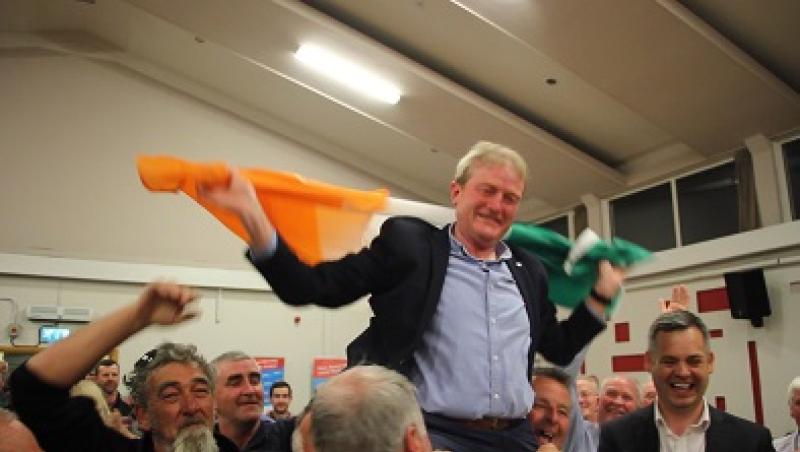 Noel Jordan has been elected on the 12th count

Sinn Féin councillor Noel Jordan has been elected on the 12th count in the Donegal LEA.

A final vote of 2087 took him over the quota of 2,043 to be elected after Niamh Kennedy who topped the poll.

Billy Grimes has been eliminated and his 1,075 votes are being redistributed.

The focus is now on the third and fourth seats. Michael McMahon is now fourth but there is little between him John McNulty (FG), Barry Sweeny (FG) and Tom Conaghan (Ind).