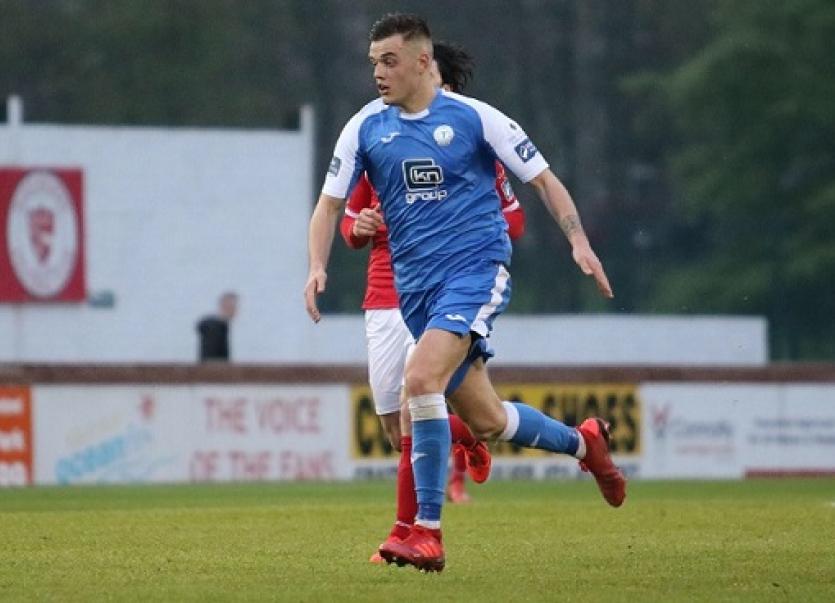 Niall Logue, on the mark for Harps at Dalymount Park PICTURE: STEPHEN DOHERTY

Caolan McAleer was sent off as Finn Harps tumbled to another defeat against Bohemians at Dalymount Park on Friday night.

In the third league meeting of the season between these sides, it’s a third win for the Gypsies over the Donegal side whose indiscipline came back to bite again.

This time McAleer was sent for an early shower when he picked up a second yellow card shortly after the hour.

It means he’ll miss next weekend’s visit of Dundalk to Finn Park. Harps had lost three games on the bounce going into this match - including Monday night’s EA Sports Cup quarter-final defeat against Derry City.

Mark Coyle, sent off in that tie, sat out the trip to Dalymount Park but there was good news as long-term injury victims Gareth Harkin and Mark Timlin were both named on the bench.

This game didn’t take long to burst into life. The home side bagged the opener with barely a minute gone when Keith Ward’s effort came off the post and Kevin Devaney followed up to score.

But Harps were back level within two minutes when Niall Logue found the net after Daniel O’Reilly’s header rebounded back off the crossbar.

It was a remarkable start to a game that was probably far too open for both managers and while the match did settle as the first half progressed, there was still plenty of incident.

Daniel Mandroiu was narrowly wide for the hosts and then on 27 minutes he watched as his effort struck the woodwork from an Allardice cross. Fortunately for Bohs, Ryan Swan was perfectly placed to turn the rebound home.

A goal to the good at half time, Bohs would have wanted to kick on in the second half.

But they were hauled back level again within two minutes of the restart when Raff Cretaro’s screamer from 30 yards flew in off the post.

But frustratingly for Harps they fell behind again on 50 minutes when a free-kick from Mandroiu went through the wall, wrong-footing keeper Burke to make it 3-2.

Burke was picking the ball from his net again soon after when this time he was beaten by Swan’s beautifully executed lob on the run.

Harkin came on for Sam Todd for the final half hour as Harps sought a way back into the game.

But those hopes were practically ended when yet again, a Harps player saw red - this time Caolan McAleer sent off when he was shown a second yellow for a foul on Kirk.

With the extra man, Bohs were coasting at this late stage and they added a fifth on 81 minutes - Ward finishing from close range after a super delivery from Andy Lyons.

Credit to Harps, they managed to score a third right at the death when Daniel O'Reilly scores a goal of the season contender with a spectacular long-range free-kick which crashes in off the post.