Donegal man to 'escape' from Alcatraz 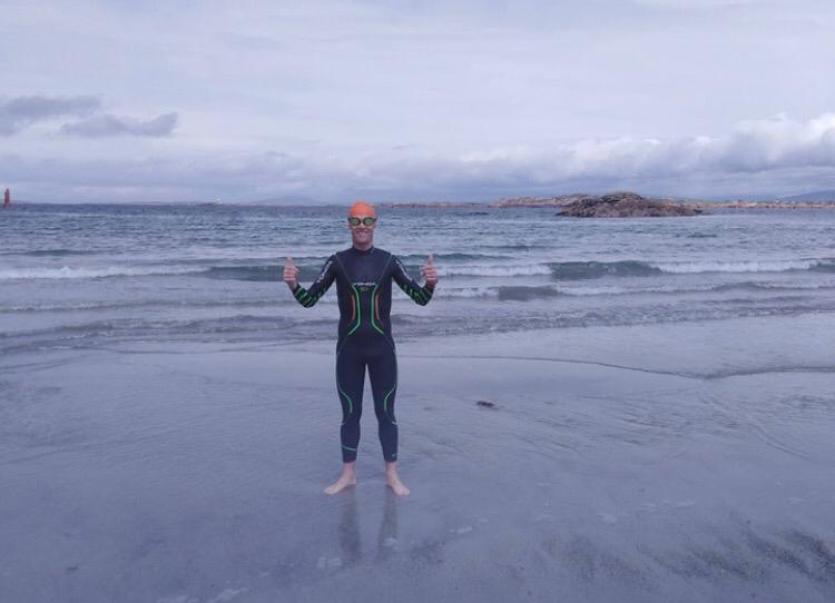 A Dungloe triathlete is taking on one of the biggest challenges of his life this Sunday far away in San Francisco when he takes part in the famous Escape from Alcatraz Triathlon.
Karl Bonner, a member of the 24/7 Triathlon Club, is one of 2,000 triathletes from all over the world that will compete in the renowned triathlon from the site of the notorious American prison.
Karl only took up the sport last year and is a relative novice. He learned of the Escape from Alcatraz Triathlon last year while flicking through a triathlon magazine.
“I had only taken up the triathlon and I was going through a magazine when I saw an article on the Escape from Alcatraz Triathlon. I always dreamed of going to San Francisco.
“It was on my bucket list,” said Karl.
“I also have a good friend in San Francisco Elizabeth Clark and her husband Damon died last year and I wanted to visit her. I’m dedicating my participation to Eamon.”
Karl made enquiries first of all if it was possible for him to enter the race and secondly how to apply for entry.
“I discovered a number of places were given out on a lottery basis to participants that competed in aid of charity.
“I chose Save the Children because it is a worldwide charity and luckily my name was drawn in the lottery and here I am at Dublin airport to fly to San Francisco,” said Karl.
“I’m really looking forward to taking part in the race. It consists of a mile and a half swim from Alcatraz to the shore, an 18-mile cycle through the streets of San Francisco followed by an eight-mile run, the standard Olympic Triathlon.
“I’m really looking forward to it though I have only done one open water swim so far.
“That was in the middle of last month and I swam from Arranmore to Burtonport. It was an event organised by the RNLI and we raised €1,200 for charity. But I have been training away with the 24/7 club.”
Donations can be made on Karl's Facebook. He was just a couple of hundred dollars short of his target of €2,500 and as of lunchtime yesterday the fund stood at €2,265.
Karl is being accompanied on the trip by his wife Nicola and is due home again on Tuesday.