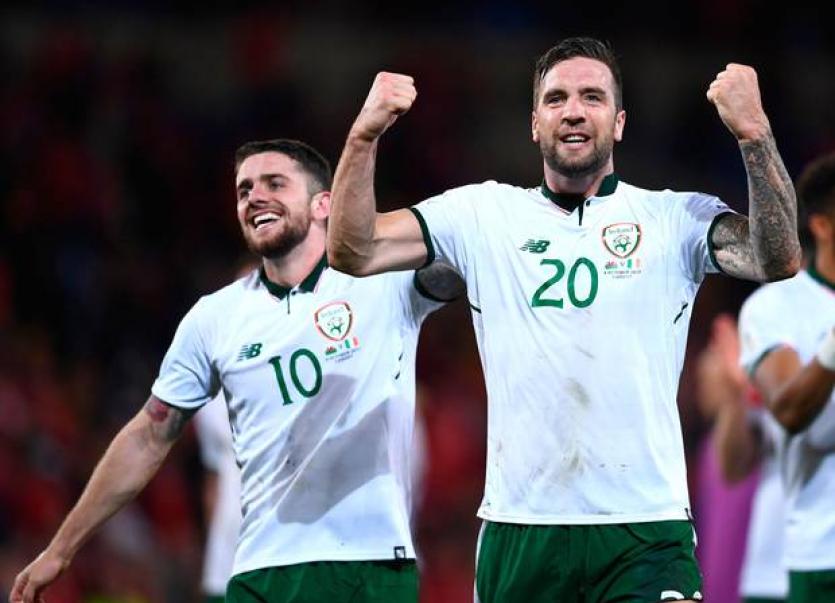 The Republic of Ireland maintained their fine start to their Euro 2020 qualifying campaign when they earned a credible 1-1 draw away to Denmark on Friday night.

Shane Duffy headed a late equaliser to give Mick McCarthy's side an important point which keeps them on track at the head of the group.

Derryman Duffy's wonderful header no doubt sparked celebrations in the Burmah in Letterkenny - home to the Duffy family - and there were joyous scenes among the travelling Green army.

Here is how @EuroQualifiers Group D looks after tonight's game

They had watched their side fall behind on 75 minutes when Pierre-Emile Hojbjerg's glancing header flew past Ireland keeper Darren Randolph.

It's another good result for the Irish who were captained by Seamus Coleman at right back - the Killybegs man really impressive, particularly in the second half.

Next up for Ireland is a home game against Gibraltar on Monday night.