2019 programme of events has been launched 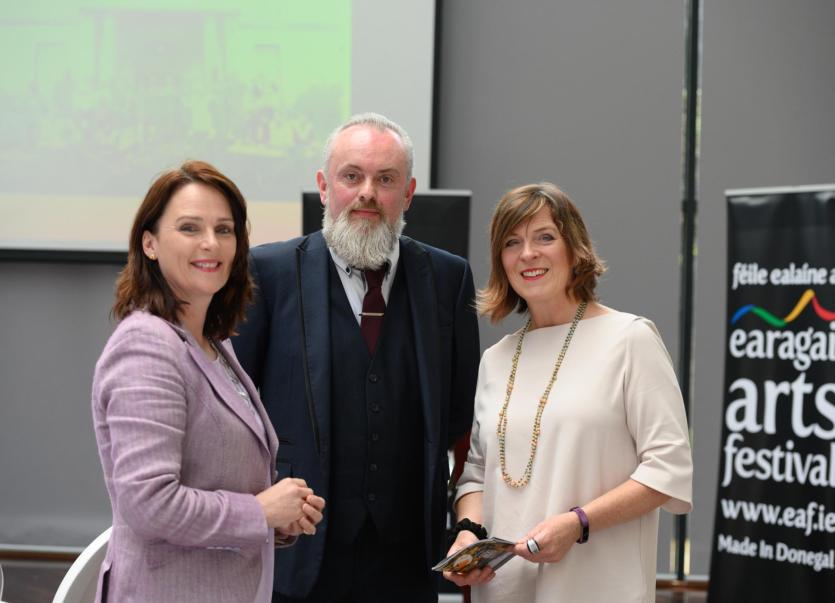 The Earagail Arts Festival has been lauded for bringing an important economic boost to the county.

Speaking to invited guests at the launch in Rockhill House Estate on Monday, Cllr Kennedy said events such as Earagail Arts Festival, which takes place from 10th to 28th July, are an important economic boost to the county.

“As Leas Cathaoirleach, just appointed there last Friday, this is the first of my launches of exciting events taking place throughout the county in this first year of the newly-elected council and it’s nice to see some of our council members here today.

“Thirty-one years old this year is a wonderful achievement and I congratulate each and everyone who has played their part, past, present and future.

“July being the peak season for many visitors to our shores, along the Wild Atlantic Way, this is a unique cultural experience for both visitors from home and abroad.

“The magical places throughout the county visitors will experience is something that will last in memory for many years to come.

“The diversity, the illumination, music, culture and creativity that we will experience in this year’s festival will showcase us in a way that only Donegal can.

“The importance of festivals like this are great reasons for visitors to arrange their holidays around, creating an additional economic boost to all areas along the way and as they say up here ‘We are different’, and we sure love that,” Cllr Kennedy said.

Speaking of the economic impact Earagail Arts Festival has on the county, festival board member Meabh Uí Chonnachain also noted the residual value of the festival.

“The people that have been here for a festival go back to Germany, Belfast or Dublin, and tell people about the wonderful experience they’ve had in Donegal, the very good offers we have across food, music, art, all of the above.”

Ms Uí Chonnachain also paid tribute to the festival’s principal funder, production partners, funders and friends without whom, she said, Earagail Arts Festival would not be possible.

“As well as being a proud Letterkenny man, he was a global statesman. He was as comfortable on stage with presidents and ministers as he was with anyone here in Donegal at any stage.

“As a phenomenal supporter of the arts, Dessie’s absence is so keenly felt. But it is also his enduring legacy, in terms of his contribution to the arts here in Donegal, that won’t be forgotten. And that’s why, on behalf of the board and festival team, I’d like to dedicate this year’s festival to Dessie Larkin,” he said.

Earagail Arts Festival takes place from July 10 to 28. Brochures are now available in the usual outlets, or visit www.eaf.ie for further information on all events.