The late Larry Carolan, a wonderful man fondly remembered in Donegal and Meath

There was very little Larry couldn't do . . . 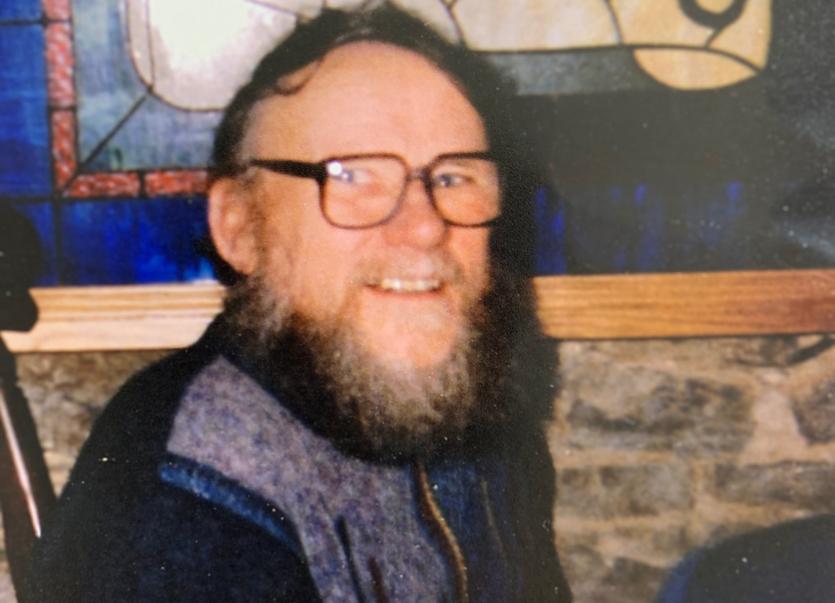 The late Larry Carolan, a great teacher, a man who loved to bake, play music and was a 'must have man' on your quiz team

Although known in his own home territory of Nobber as Laurence everybody in Ballyshannon knew him as Larry.
Larry was born some eighty years ago in Ballinaclose, Nobber, Co Meath, the birthplace of Turlough O’Carolan the harpist and composer to whom Larry claimed a kinship.
His working career began locally at Gypsum Kingscourt as a carpenter and where he worked alongside his long time friend Patsy Sherlock. While in Gypsum he also tried out his skills as a projectionist in the local Macken cinema.
He was known as the Mason Carolan. From there he worked in Dublin and Dun Laoghaire where he developed his love for the water and a lifelong interest in boats. He built his own 14ft dinghy.
Having trained and started his career as a craftsman, he then opted to go to Gorey, Co Wexford to train as a Carpentry, Metalwork and Technical Drawing teacher and where he met his life long friend “Brady“ , who never seemed to have been blessed with a first name.

He was employed by Donegal Vocational Committee in Ballyshannon Vocational School in 1972.
His teaching career was that of a true vocation which he enjoyed greatly and although kindly and a gentleman he was “no pushover” in class when the need arose.
Among his many school interests he involved his students in making and sailing kayaks down the Estuary and at the Mall Quay.

His lifelong interest in boats and boating led him to many trips on the “Asgard” of which he became an honorary officer. His own boat sailed the Erne and Shannon waterways for many’s an exciting trip.
He was a person of very high intellectual ability and this was shown over many years at one of his favourite past-times – taking part in quizzes as an individual and part of the famous College Street Quartet which included his late comrade and fellow teacher Billy Finn.
It was often said at Owen Roe’s on a Thursday night that there was little point in entering a team if Larry was around because he almost invariably came away with the spoils. As many of the prizes for quizzes were bottles of wine – whoever was sitting beside Larry later ended up going home with an unexpected bottle. As a lifelong Pioneer (his favourite tipple was a “bitter Lemon”) he took part with friends at the Pioneer Annual quizzes.

Brown bread and Christmas pudding
Larry had a generosity of heart and even though he never married and indeed was a consummate bachelor he developed and honed his cooking and culinary skills, especially of his brown bread and his Christmas puddings.
A story was once told by a “friend” that Larry had a girlfriend and on enquiry was told that her name was Mandy and that she was a redhead but, on further investigation, it transpired that Larry had adopted his recently deceased mother’s dog.
One apocryphal tale that he recounted himself and which shows both the ingenuity and caring nature of the man - Mandy was getting old and arthritic and unable to jump up onto her favourite chair so Larry cut some inches off the legs of the chair to accommodate her until progressively the seat of the chair reached the same level as the floor.
He engaged closely with his family and when his Mum needed help in her autumnal years he made the sacrifice to give up his career and become her carer.
He had a great love of History and Archaeology and through his engagement with Meath Archaeological and Historical Society, he was a great man to chat to about local place names. His musical enjoyment was his keen interest in Irish traditional music and his accompaniment on the bodhran of which he was accomplished. He was a member of the Phil Rooney branch of Comhaltas Ceoltoiri Eireann.
His acting career was under the watchful eye of the late Patsy Croal – doing Blanko Posnet and also doing various one scene shows in The Whitehorse under the tutelage of Frankie Mc Ginley – his participation was more in the nature of involvement rather than the attainment of stardom.
He was a regular season ticket holder for the annual Ballyshannon Drama Festival and had his own particular seat.
But Larry will be missed more for his conversation and his chat – he could speak with authority on a multitude subjects and was very engaging and entertaining to spend an hour with.
He was a lovely man and will be sorely missed by his many friends and neighbours in Ballyshannon.
Ar dheis De go raibh a anam dilis.