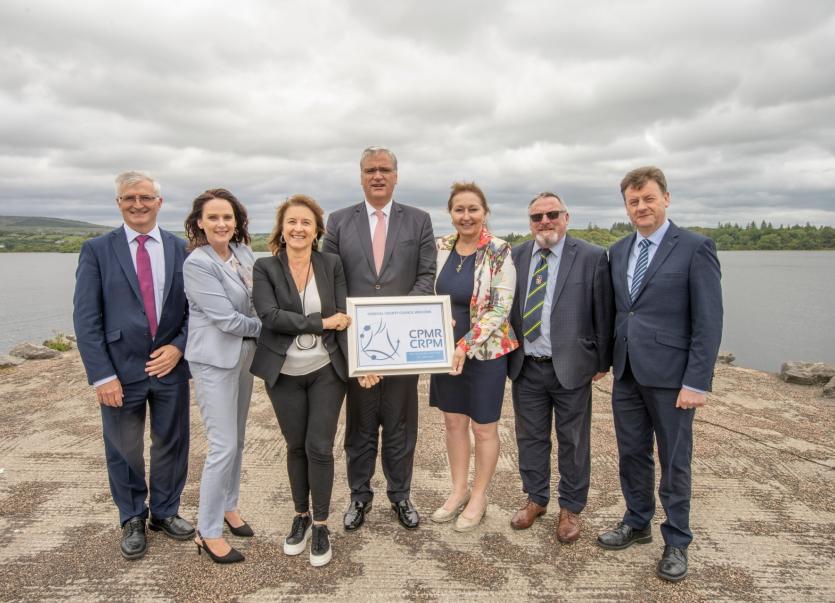 Up to 80 delegates from across Europe were in Donegal this week for the Conference of the Peripheral Maritime Region (CPMR) Political Bureau Meeting which took place in Harvey’s Point on Thursday.

This meeting of political representatives from across Europe focused on a range of issues including the future of European Territorial Co-operation, the future on Ten-T’s as well as Fisheries and the EMFF for the Post 2020 period.

Donegal County Council has been a member of the CPMR since 1998 working in joint membership with the North West Regional Assembly. The CPMR brings together some 160 regions from 25 states from the European Union and beyond ensuring that the needs and interests of its member regions are taken into account in policies with a high territorial impact focusing mainly on social, economic and territorial cohesion, maritime policies and blue growth and accessibility. European delegates who took part in the Conference of the Peripheral Maritime Region (CPMR) Political Bureau Meeting which was hosted by Donegal County Council in Harvey’s Point on Thursday with Leas Chathaoirleach Cllr. Niamh Kennedy and Chief Executive Seamus Neely

Through its extensive network of contacts within the EU institutions and national governments, the CPMR has been an important vehicle for Donegal in helping ensure that the county’s interests are taken on board in the formulation of policies that could have a significant impact for the region.

"We are entering a period of unprecedented change within the EU with programmes reaching a conclusion and new programmes being developed and introduced.  It is imperative that we have an effective mechanism to highlight the needs and interests of our own county and region so that these can be taken on board in the planning of future EU programmes and policies.”

The Political Bureau is the main decision maker of the CPMR, meeting twice a year and proposing policy guidelines for the General Assembly. Panel discussions at this week’s meeting covered a number of areas including the future of European Territorial Co-operation, the future on Ten-T’s, Fisheries and the EMFF for the Post 2020 period, Governance of Migration Policy and a strategic plan to anticipate the future direction of the EU.

Cllr. Niamh Kennedy the new CPMR representative from Donegal County Council and the recently elected Leas Chathaoirleach explained that many of the topics discussed were of relevance to Donegal. "The topics tabled for discussion had a direct relevance for Donegal and it is important that we have a strong and effective voice at the table," she said.

"This was a great opportunity for Donegal to showcase what the county has to offer as a place to visit, to do business in and to live in and for delegates to see first-hand the impact that progressive EU programmes and policies can have on people living in a peripheral region such as Donegal.”

Many of the delegates flew into Donegal Airport and experienced for themselves the world's most scenic landing and had an opportunity to explore some of Donegal’s most stunning landscapes including a visit to Sliabh Liag on Friday morning.