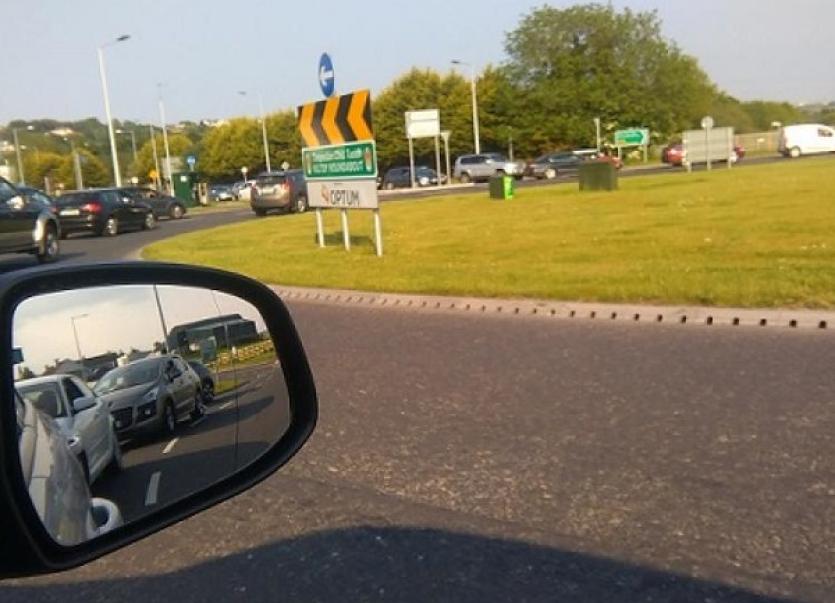 Traffic issues along Letterkenny Pearse Road area are likely to be eased following confirmation from Irish Water that they have committed to re-establishing the left hand turn from Paddy Harte Road onto Pearse Road by mid-July.

There has been no left turn at this junction beside MacDonald's Restaurant since May when work got underway on a small section of Pearse Road leading towards the old Dunnes Stores.

Road users and local businesses have been voicing their displeasure at the delays which have been caused by the temporary traffic management system. The work is expected to continue until late October.

Irish Water have issued a statement insisting they are committed to improving water and wastewater services for businesses and residents in Letterkenny while also seeking to minimise the impact on the local community.

At a meeting with the Letterkenny municipal district councillors on Friday morning, Irish Water outlined some traffic management plans which will be implemented to facilitate the free movement of traffic around town.

"Irish Water will also continue to work with An Garda Siochána to facilitate the free movement of traffic around the town and would like to thank An Garda Siochána for their ongoing engagement and traffic management in Letterkenny. Works on the sewer upgrade will also be extended to Saturdays."

Irish Water also confirmed that the project will cease for the coming Donegal International Rally and the weekend of July 12.

Friday's meeting was the fourth briefing session with the Letterkenny municipal district councillors about this project in 2019.

The statement continued: "Irish Water is committed to continuing to work with all stakeholders to ensure the successful delivery of this essential upgrade. Engagement with the elected officials commenced last September where Irish Water outlined details of the project. This was followed by a public information evening in December to which the general public, businesses, elected reps and all interested parties were invited."

As part of a separate project Irish Water is progressing works on the N56 in order to secure the water supply for Letterkenny by installing a new water main. As of Wednesday May 29, Irish Water changed the working hours on the four lane N56 in order to alleviate traffic congestion. The working hours are now being undertaken at night from 7pm to 7am with the road fully re-opened outside this period.

Explaining further the necessity of the sewer upgrade works Colm Claffey, Irish Water said: “Irish Water is committed to providing wastewater services that are in compliance with the EPA licence which will benefit residents and businesses in Letterkenny town.

"Irish Water is currently undertaking works on the Pearse Road, Letterkenny which will stop sewer overflows from polluting the Swilly. These essential works are required under licence in order to bring the sewer network into compliance with the current EPA license and will protect the water quality in the river.”