The late Andy Elliott: The hills of Screen and Cully will miss wee Andy 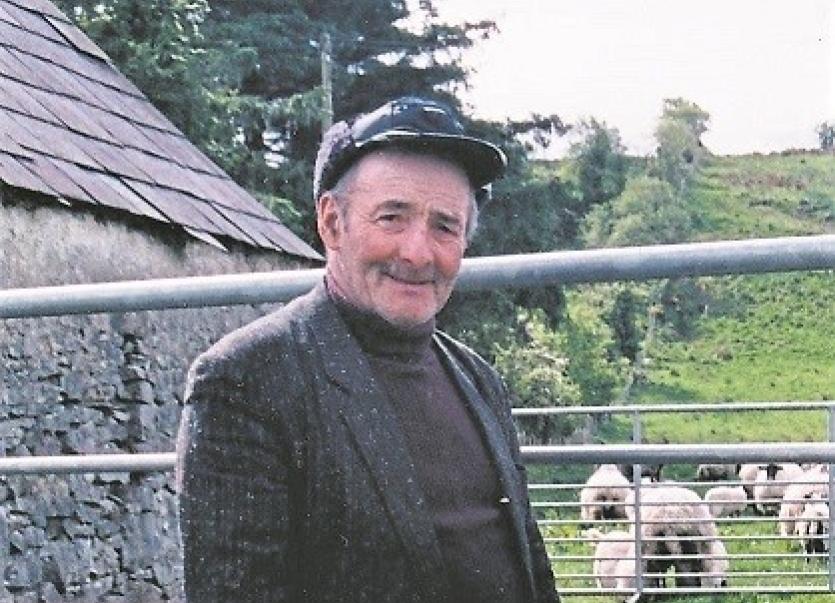 The death on Thursday last of the hugely popular local farmer, Andy Elliott, of Screen, Donegal town, was learned of with great regret.
Everyone knew Andy, and all agree he was a gentleman.
Predeceased by his parents William and Gret, brothers William, James and Tommy, sisters Ina and Gladys, Andy was the last remaining sibling of the Elliott’s of Screen passing away after a long illness last Thursday 13th June at the age of 86 years.
Andy and Tommy never married and remained farming on the homestead all their long and very busy lives.
Andy was an expert in sheep rearing and managing the land. He could be contacted day or night on any aspect or problems connected with sheep by his many friends or neighbours.
The homestead at Screen was a great meeting point for the visiting nieces and nephews over from England on their holidays through the summer months over the years.
The Elliotts provided a start for many young farm hands who gained much-valued lessons in farming and in life in general from their wealth of knowledge and generous spirit.
Even through poor health over the past number of years, retirement was never an option Andy would have considered.
A sheep man he was and a sheep man he would finish out his days.
Andy got it tough after his brother Tommy died in 2010 and had to learn the skills of the frying pan and oven himself. He had a great sense of humour and had a chat with everyone he met.
Andy had a great way with training brilliant working sheep dogs and his close pal to the end was Glen his loyal and faithful collie.
Andy Elliot will be greatly missed by his family, many friends and neighbours who have been a great comfort and help to him especially over the past number of years. Indeed the hills of Screen and Cully will miss wee Andy and his skills of a lifetime shepherding his flocks.
Rest in Peace.