PAT'S PATCH: The Garda Chief and the IRA man

It's never easy to forget the past and to move on 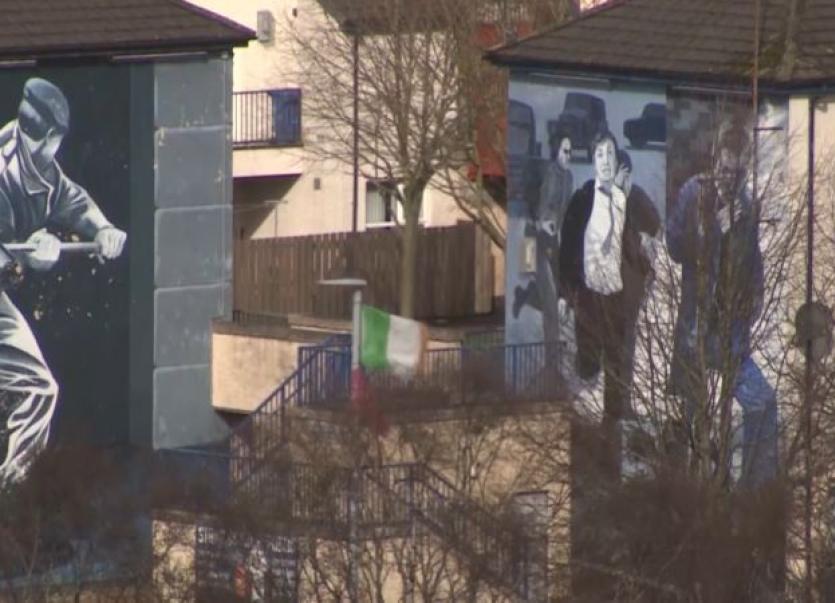 Murals in Derry remind us of the past

I recall I had two very, very heated conversations in the space of about 48 hours with a member of the Gardai Siochana and a senior member of the Republican movement.

Despite the fact that these took place many years ago they have stayed with me. The country was being torn apart at the time.
The Garda boss was a real law and order man, absolutely hated the IRA with a passion. They had, he told me, zero right to call themselves ‘The Irish Republican Army’ – that was an insult to our constitutionally appointed forces – and were nothing but murdering bastards. And he had no problem co-operating with the controversial RUC to bring them to book.
The IRA man, needless to say, had an 180 degree different view. Nationalists in the north had been left to the tender mercies of a bigoted unionist government, the Dublin government had abandoned them and the Gardai were co-operating with a sectarian, thug police force that was colluding with loyalists in murdering many members of his community. He detested the Gardai for that.
It has always fascinated me how two people can look at the same set of circumstances and come to totally different conclusions. I have often found myself in similar situations. Haven't we all?
I remember getting into all sorts of arguments both within my own family and without when I tried to put the IRA man’s view. Back then the propaganda, north and south, was so heavily one sided that there had to be only ‘one enemy’ – the IRA - that trying to explain that while the IRA might have sins to answer for he was far from alone. That there were other actors on the political stage with a case to answer too. Needless to say I was wasting my time, that I was accused of being an apologist for physical force thugs and the authorities, north and south, were entitled to do whatever it took to take them down.
It seems to me that In a war it helps the propaganda effort if things are black and white – that it’s like a Hollywood film, good guys versus bad guys.
So last week I was delighted to learn the Lord Chief Justice of Northern Ireland, Sir Declan Morgan, has ordered the Northern Ireland Chief Constable, Simon Byrne, to conduct an independent probe into alleged state collusion with the notorious loyalist murder gang, the Glennane Gang.
For those who don’t know what I’m on about the Glennane Gang was a unit of the Ulster Volunteer Force (UVF) that counted numerous rogue members of the RUC and UDR and, almost certainly, members of British Intelligence.
Operating mainly in Tyrone and Armagh they were, according to the author, Anne Cadwallader, responsible for around 130 sectarian murders in the 1970’s and 1980’s.
Here’s what is really odd. Their existence was known about in security circles, and most certainly in media and political circles.

Cadwallader, in her book ‘Lethal Allies’, spent 15 years doing research drawing on official reports and forensic and ballistic information never previously published and, basically, has proved beyond doubt that not only forces on the ground but those in the highest offices of the land knew that collusion was going on.
Not only knew it but actually condoned it.
But the British are past masters at hiding their tracks. Some families are still waiting for more than 40 years for inquests into the death of their loved ones.
Courts have been denied access to files on grounds of ‘state security’, evidence has been deliberately withheld, some cases have been total whitewashes – the verdict had no connection with the evidence heard - and, of course, all powerful British establishment closed ranks.
No wonder it took Cadwallader 15 years to get to evidence that is still being denied by the British state.
Here’s the really odd thing. My IRA friend was able to tell me about them. He even named names, though my memory of those names is long, long gone. But I have often thought if he was able to tell me who they were surely someone in the Dublin government back in the day must have been aware of this gang’s activities. So why did they stay silent?
It is said that those who cannot remember the past are doomed to repeat it.
For the families of those who died telling them to forget the past and move on - as some in the British establishment have suggested – is downright insulting.
You can’t build a future on such a bitterly divided past.

Leo Varadkar learned a real lesson last week. Liberal Leo moves in the trendy Dublin 4 type world where the local parish priest would hardly, I would think, be mentioned much in conversation.
It would be all politics and policies, the latest fashion, what restaurant serves the best Steak Diane and the price of the latest Bombay Gin and Tonic. Pardon the stereotyping but you get my drift.
Our Leo forgot that there is a rural Ireland out there when he tried to be smart arsed when suggesting Fianna Fail leader, Micheal Martin should be compared to a sinning priest. Oops and oops again. As comments go it was beyond tone deaf. It was not only insulting to Martin and to the many decent priests but it was also insulting to those abused by priests.
And does he think people in this country have totally abandoned the past generations in terms of faith and belief? By God he got some pasting for it before being forced into making an abject apology.
Something tells me Simon Coveney would never had made a similar gaffe.

I keep telling myself that I’m not going to mention Donald Trump in this column and then be goes and does something so stupid I can’t help it...
Last week’s was pure gold when Trump, in his July 4th Independence Day speech, suggested that Revolution War troops – remember we are talking the mid 1770’s here – took ‘over the airports’ …and then tried to suggest that it was the teleprompter’s fault, that it went ‘kaput’ during his speech.
But surely even a moron should have known there were no planes and no airports in 1776, or am I being unfair to morons?
Can you imagine if any other world leader made such a basic blunder - but with Mr Trump it's almost at a stage where this sort of thing is expected - and that's not good.