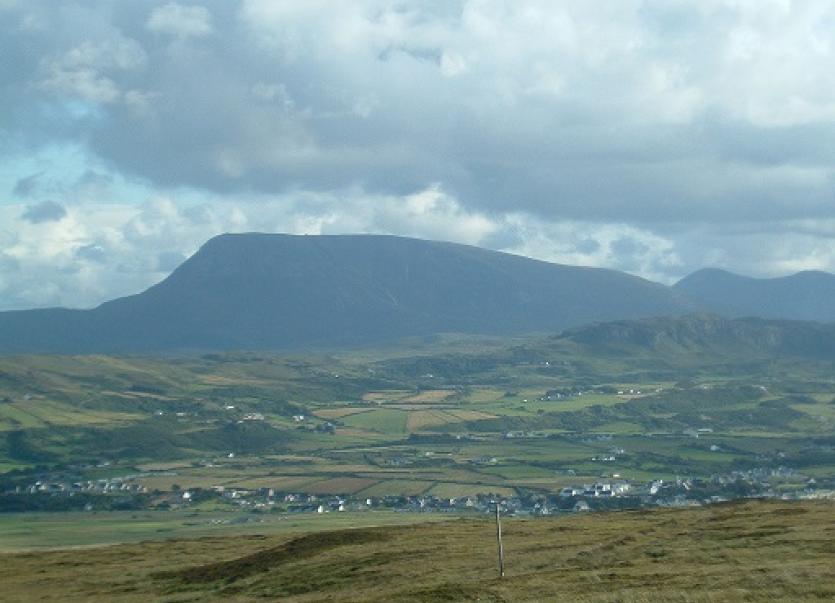 Muckish: a county councillor has suggested a cable car and a helicopter pad for one of the county's best-known mountains

A county councillor who has proposed a helicopter pad on top of Muckish and a cable car between Muckish and Errigal has defended the suggestions as ideas to help develop the tourism product of the area.
Fine Gael councillor Michael McClafferty, who was elected to Donegal County Council for the first time in May, raised the ideas at the July meeting of the Glenties municipal district.
Cllr McClafferty said he had suggested the idea of the helicopter pad after an injured walker could not be removed from Muckish for several hours as a Coast Guard helicopter was unable to land at the location.

Beauty
He said the helicopter pad ould also be used to take tourists to the top of the mountain to enjoy the beauty of the area.
Cllr McClafferty said he did not think the suggestion of a cable car up to Muckish from Creeslough or between the two mountains was “a crazy idea”.
He said both ideas were examples of “thinking outside of the box” which is needed to bring tourists to the area.
The ideas from the Falcarragh councillor were posted on social media by independent councillor Cllr Michael Cholm Mac Giolla Esbuig.

Unfair
Cllr McCafferty said it was unfair that the issues he raised” were put out on social media” without full details and called for county meetings to be live-streamed.
“It’s very, very unfair that what is talked about at council meetings is carried straight out onto social media. It is not fair that fellow councillors are putting on social media their spin on it,” he said.
“If we want to push things in this county we need to try something outside the box. I don’t think every idea should just be shot down on Facebook.
“I am trying to take things forward for the public and if other people want to make fun of it that’s their stance.”
He said there are new councillors on the council and new ideas should be properly explored, he said.
“If we shoot everything down, we are doing more harm than to ourselves and I don’t think everything should be blown out of the water before it even gets a chance and it is properly explored and properly costed.”