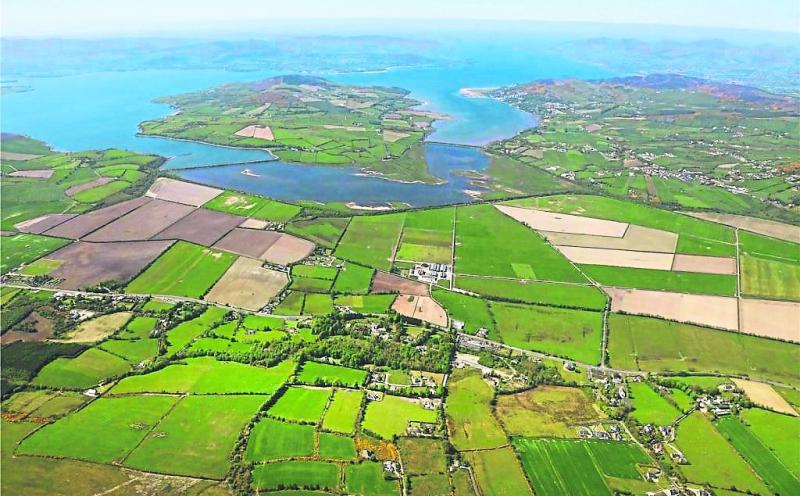 A community action committee has been formed to tackle the ongoing pungent odour emanating from An Grianán Estate, Burt.

The initiative followed an at times heated, 250-strong public meeting in St Mary's Hall in the village.
Residents of the Burt and Burnfoot areas attended the public meeting to discuss the smell coming from the large estate.
Representatives of Glenmore Farm Estate, which operates the estate, were told that the smell has deteriorated to the point where children could not leave their homes.

Vomiting
It was also highlighted that young children were vomiting due to the stench.
Glenmore has denied that it is spreading chicken excrement, describing the substance as a 'digestate'.
In a statement issued following the public meeting, the company said: “Glenmore Estate Farms look forward to meeting with the local action group when formed and are committed to working with the local community to resolve the concerns expressed.”
Inishowen councillors have now asked Donegal County Council to take samples of the substance that is being spread on the land.
The issue was raised at Monday’s Inishowen Municipal District meeting in Carndonagh.
Fianna Fáil councillor Paul Canning asked council officials whether Donegal County Council could take steps to have the substance tested as concerns had been raised regarding the possible health risks if the substance could contaminate the area’s water supply.
Cllr Canning also asked what restrictions were in place on the company while spreading.
“We need to know what's in the spray,” he said.
Cllr Rena Donaghey said that she hoped the issue could be resolved as it had caused “great anger and concern”.