Reaction to Donegal draw with Kerry 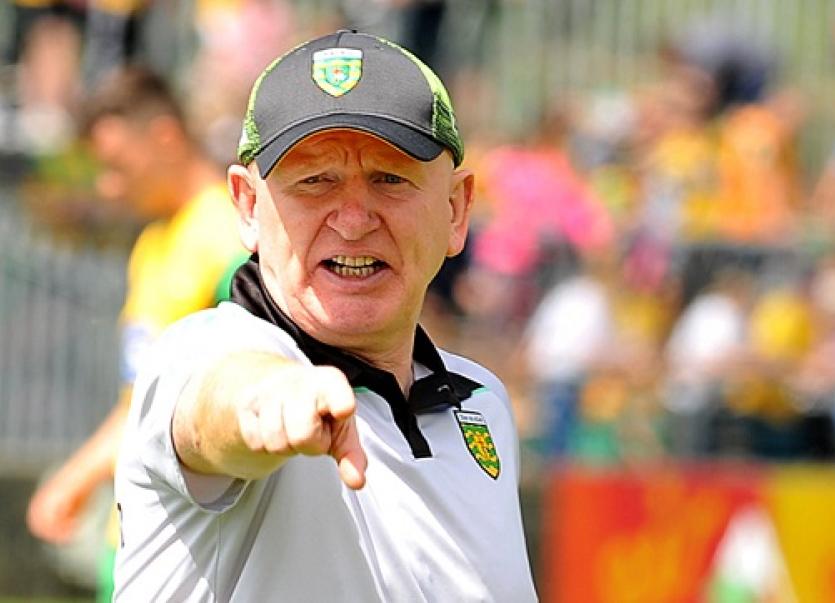 It was a mixture of relief and disappointment for Donegal manager, Declan Bonner,  in the aftermath of Donegal’s pulsating draw with Kerry in Croke Park.

He was relieved his charges had salvaged a draw after going behind in the closing seconds of a frenetic second half. And he was disappointed that they had not held on to win after going ahead in the first minute of injury time.

“It’s a mixture of both relief and disappointment to be quite honest,” was the Donegal manager’s honest assessment in the aftermatch press conference.

“At the end I think we were level on maybe 16 occasions, so if that’s the case then a draw was probably a fair result at the end of the day.

“We had opportunities to kill the match. I didn’t see the second goal, the Eoin McHugh goal. But if we had taken it would have been a huge score in the game.”

The result means Donegal’s meeting on Sunday week in Castlebar is a winner-take-all game. After Mayo’s nine point win over Meath in the curtain-raiser in Croke Park, nothing but a win will see Donegal through to the All-Ireland semi-final.

“But listen, we have it all to do now in two weeks in Castlebar. We haven’t even looked at Mayo, we’ll sit down this evening and start getting ready for that over the next 13 days.

“From our point of view I thought it was a great game of football, the lads showed real character. Both teams went at it and it was an epic battle.”

Donegal lined out with three of their regular and most experienced defenders Neil McGee, Paddy McGrath and Eoghan Bán Gallagher.

“We lost basically our full-back line. But the lads who came in done really well, Odhran McFadden-Ferry was really good, Caolan Ward and Stephen McMenamin and we got to grips with David Clifford. I thought to a man they really battled, gave it their all and left it all out on the pitch.

“We have belief within that squad. Lads got game time there that hadn’t got game time in the championship this year, so from our point of view it’s pleasing as a group that they were fit to go in there and do a job for us and we never had any doubt. We’ll need all the experience we have going to Castlebar, so hopefully the lads will all be ok”.

When asked about the nature of Neil McGee’s injury the Donegal boss said he wasn’t going to talk about injuries.

However he did say he hoped to have Neil McGee and Paddy McGrath back for the Mayo game.

“The only certainty is that Eoghan Ban won’t be back. That’s a huge loss to us to be quite honest; he picked up a bad injury during the week at training and he’ll miss the rest of the season. But yeah, the rest of them should (be ok). We’d hope to have him (Paddy) back as well, yeah.”

Jason McGee and Hugh McFadden were forced out of the game in the second half with injuries.

“The one thing about the squad is these guys will fight to the end, there’s no doubt about that. There was some brilliant score taking, young Oisín Gallen came on and kicked two brilliant scores and I thought Michael (Murphy)was unbelievable in that second half and Ryan (McHugh) really took the fight. But to a man, they all really emptied it out there on the pitch and that’s all you can ask. We have to do it all again in two weeks.”

On Niall O’Donnell’s black card the Donegal boss said:  I didn’t see any of the stuff played back, I’ll look at it later on. It was after Kerry had received a black card, so I didn’t get a chance to look at it.”