"It was frightening" - Dungloe resident on weekend lightning storm 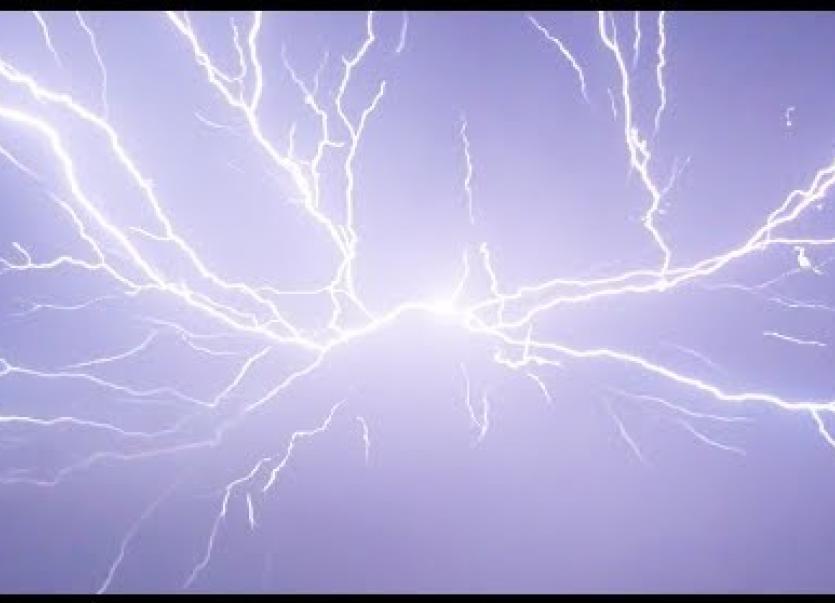 The lightning was accompanied by a heavy downpour of rain and it all hit at  around 3pm just as people were preparing to settle in to watch the Donegal against Kerry match on TV.

“It didn’t last very long but it was frightening while it did,” said one resident of the Carnmore road on the outskirts of the town. The householder revealed that their Sky satellite box was blown off the wall at the back of the TV during the lightning storm.

“The frightening thing about it is that a piece of the satellite box which was still smoldering landed on the coffee table in the middle of the room,” the resident said.

“What would have happened if there was no one in the house? If it happened at night it could have caused a fire.

“I’m aware of a number of other people around the town who also had similar experiences and I received a call from a man who was sitting in his car on the main street and he told me the street and the buildings all lit up.

“Seemingly it was fork lightning and it was very scary and people were sheltering in the Mace Supermarket. Thank God it did not last long and nobody was injured.”