Banda scores twice but Letterkenny Rovers lose out to UCD

Brave performance by USL side in Dublin 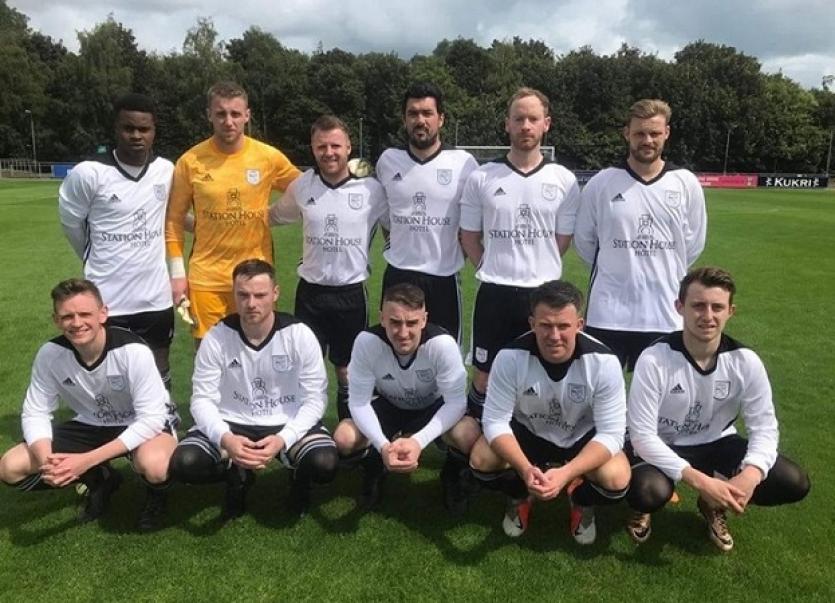 Letterkenny Rovers caused Premier Division UCD a major cup fright before the Students’ class and quality eventually saw them over the line in Sunday’s extra.ie FAI Cup 1st round tie at the Belfield Bowl.

The Ulster Senior League side led at half time when BJ Banda’s goal midway through the first half gave Rovers real hope of causing an upset.

And while UCD scored three times after half time to ease into a 3-1 lead, Eamonn McConigley’s side refused to roll over and when Banda scored a second on 77 minutes to make it 3-2, it was game on again.

Rovers however, were undone as former Sligo Rovers man Liam Kerrigan struck twice late on to seal a place in the next round for the Premier Division side.

Still, it was a brave performance by Letterkenny who were back in the first round proper of this competition for the first time since their defeat by Athlone Town after a replay in 2016.

And with the new Ulster Senior League season just weeks away, they can take real heart from a fine display in Dublin.

Rovers, with new arrivals Emmett Friars and Gary Merritt in from the start, had to soak up some early UCD pressure and Ryan McConnell was in the right place to clear an early Jack Keaney header off the line.

Donegal town man Keaney was part of a strong UCD side that has been struggling of late in the Premier Division. And they were frustrated by their opponents for much of the early stages of this game as Rovers defended well.

Indeed there was an early warning for the League of Ireland outfit when BJ Banda broke free down the flank only to shoot wide of the target. On the double in Dublin - BJ Banda PICTURE STEPHEN DOHERTY

But as they began to force the issue, UCD created a few more opportunities with Jason McClelland racing on to a Liam Kerrigan pass only to shoot past Rory Kelly’s post.

Midway through the first half, the opening goal arrived. Banda showed great awareness to latch on to a loose ball following a Rovers throw and he smashed the ball past Tom Murphy in the UCD goal.

The home side were clearly rocked back on their heels and as they sought out a quick response, Aaron McGrath’s glancing header wasn’t too far away while as half time approached, Evan Farrell and McClelland were both off target from good positions.

Rovers will have been delighted to have got in at the break in front but in fairness to UCD, it took them only five second half minutes to wipe out that lead.

Yousef Mahdy, on at half time for McGrath, combined with Sam Byrne before striking the ball into the bottom corner.

Recent signing Liam Scales almost grabbed a second with a glancing header that went the wrong side of the post.

But right on the hour, they did manage to score again, Kerrigan racing into the area before setting up McClelland to score.

On 73 minutes, any hopes Rovers had of maybe sending the game to extra time looked to have been ended when Richie O’Farrell found the net with a well taken strike to make it 3-1.

But back came Rovers again and Ryan McConnell and substitute Pajo Rafferty were both involved in the move which ended with Banda scoring his second.

It set up what could have been a grandstand finish. UCD however, were able to find a response again, Kerrigan so impressive for the home side, blasting to the net to make it 4-2 on 83 minutes. The same player completed the scoring with UCD's fifth deep into injury time at the finish.