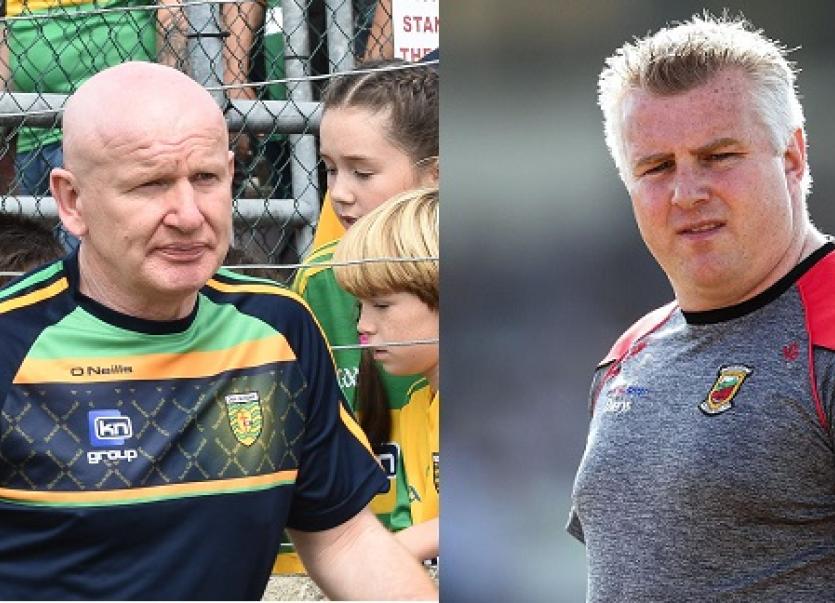 Donegal manager Declan Bonner is due to meet Donegal team coach Stephen Rochford in the next few days to find out the former Mayo man's intentions for next season.

This has been confirmed by Donegal county chairman, Mick McGrath, who in turn expects to meet the Donegal manager in the next few weeks and before the September Donegal county board meeting.

“I have spoken to Declan briefly since the defeat to Mayo in Castlebar and I’m meeting him before the end of the month to review the season and discuss next season and the way forward,” said the Donegal chairman.

“Declan has not indicated what his plans are for next season but we are hopeful he will be staying on. He will have met Stephen Rochford and the rest of his backroom team before we meet and he will know Stephen’s intentions by then.

“We hope Stephen stays on as he is a very important man in our setup and I know from chatting with him he has enjoyed his time in Donegal and with the Donegal squad.”

The former Mayo manager, who Bonner added to his backroom team at the beginning of the season, has been linked to a number of county manager positions in recent months including Galway.

But with all the signals emerging from Galway that Kevin Walsh was remaining at the helm for a sixth season it doesn’t look like there is going to be a vacancy in the west.

Speaking on The Sunday Game, where he was guest analyst along with Sean Cavanagh and Kevin McStay ahead of the Tyrone versus Kerry All-Ireland semi-final, Rochford was very positive about Donegal going forward.

He has also received a glowing endorsement from Donegal captain Michael Murphy.

Speaking to gaa.ie in Dublin last week a number of days after Donegal’s defeat to Mayo which brought an end to Donegal championship season, Murphy said: “We'd be very hopeful as a group of players, we definitely want him [to stay]. He's been a brilliant addition along with Karl [Lacey] and Declan [Bonner] and Gary Boyle.

Declan Bonner has confirmed he will address the September Co Committee meeting  which is on Monday September 2 in Ballybofey when all will be revealed and it is hoped Bonner and his backroom team including Stephen Rochford will be looking forward to 2020.